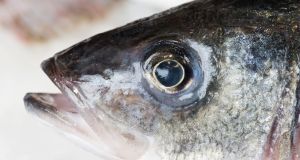 Hofseth uses enzymes to break down salmon offcuts such as the head, skin and spine to produce salmon oils, proteins and calcium for human and pet consumption. Photograph: iStock

An obscure Norwegian company that converts salmon offcuts into healthcare products has netted gains for some big-name hedge funds in recent months.

Shares in Norway-based Hofseth BioCare have soared by nearly 270 per cent since late June, making it one of the best-performing stocks across Europe in the second half of 2019.

That has delivered a profit for investors including London-based Lansdowne Partners, one of Europe’s biggest equity hedge funds, and Mike Novogratz, the former Goldman Sachs partner and Fortress hedge fund manager who now heads cryptocurrency merchant bank Galaxy Digital. Both have bought into the stock in recent months, according to people familiar with the matter.

Hofseth uses enzymes to break down salmon offcuts such as the head, skin and spine – which would normally be wasted when the fish is processed for food – to produce salmon oils, proteins and calcium for human and pet consumption.

It claims its products, which can be taken in capsule or drink form, can have a range of health benefits including improving skin or bone health, weight management and reducing the risk of heart attacks. Marketing videos show a lycra-clad woman slurping the pinkish drink after an aerobic workout.

Hofseth’s shares have been trading below NKr3 (30 cent) for most of the past few years, but surged to end the year at NKr9 after the company announced it had signed a letter of intent with a subsidiary of Nestlé for the sale of its products in the US in June and following a capital raising to expand the company’s operations.

Hedge fund Lansdowne Partners, which manages about $12 billion (€10.7 billion) in assets, bought the shares during the third quarter of 2019 for its European Absolute Opportunities fund, according to a letter to investors.

Mr Novogratz’s family office bought into the shares during the Hofseth’s summer capital raising at NKr4 a share, according to people familiar with the matter.

“Taking the by-products of the fish and making that into a new product fits with Mike’s belief of a good investment that makes the world a better place,” said a person familiar with Mr Novogratz’s trading.