It was meant to be this year’s biggest stock market listing - surpassing Uber: so what went wrong at AB Inbev? 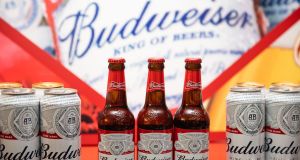 AB InBev’s setback can be explained at least partly by shifting trends in China, where younger consumers are increasingly moving away from traditional beers toward higher-priced craft brews and cocktails

For months, executives from Anheuser-Busch InBev NV raced to prepare for a listing of its Asian subsidiary, Budweiser Brewing Company APAC Ltd. It was to be this year’s biggest initial public offering and would surpass Uber Technologies Inc.’s $8.1 billion (€7.2 billion) share sale.

The hope had been that the Belgian company’s leading position in the premium beer market in China - with its millions of drinkers - would justify a target to raise as much as $9.8 billion, for a valuation of $64 billion. But on Friday, AB InBev discovered that wasn’t enough to convince investors to splurge on the King of Beers, forcing it to dial back its ambitions and shelve plans for the mammoth IPO in Hong Kong.

AB InBev’s setback can be explained at least partly by shifting trends in China, where younger consumers are increasingly moving away from traditional beers toward higher-priced craft brews and cocktails. Meanwhile, competition in China is spiking after rival Heineken NV forged a blockbuster deal with a state-owned company. All that left many investors wary of buying into Budweiser’s richly valued IPO.

“We do feel that there are better places to be invested within beer, such as Carlsberg or Heineken,” Jefferies International analyst Ed Mundy told Bloomberg Television on July 12th before the company announced the suspension of the listing. Jefferies had estimated a valuation of closer to $45 billion.

AB InBev shares fell as much as 2.8 per cent early Monday in Brussels. The stock has lost more than 12 per cent over the past 12 months.

In its statement Friday, the company said it wasn’t proceeding with the transaction partly due to “prevailing market conditions.” The company may explore options such as selling a minority stake in the Asian business, though there is no immediate plan for a deal, people familiar with the matter said. AB InBev declined to comment.

From the beginning, investment banks appeared to be overly emboldened by the promise of Asia’s beer boom. Shortly after AB InBev requested proposals last Christmas, one adviser pitched a valuation of $70 billion to $80 billion, according to people familiar with the matter.

Seeing the SandP 500 headed for a record high and the success of some IPOs in the U.S., the company and its lead bankers at JPMorgan Chase and Co. and Morgan Stanley decided to offer a bigger stake in the business and try to raise $8 billion to $10 billion, the people said. That’s up from earlier discussions about targeting $5 billion to $6 billion.

In the run-up to the pricing of the IPO last week, it became clear that demand from institutional funds didn’t meet the company’s expectations, the people said.

AB InBev then guided investors that it could price the sale at the low end of the marketed range of HK$40 to HK$47 a share. Hours before the announcement Friday afternoon in the US, advisers had considered cutting the IPO’s size and relaunching the offer in a bid to rescue the deal.

However, with several funds pushing to lower the price and threatening to pull orders at the last minute, AB InBev had no choice but to suspend the IPO, the people said. Representatives for JPMorgan and Morgan Stanley declined to comment.

Proceeds from the listing would have allowed chief executive Carlos Brito to pay down part of AB InBev’s colossal borrowings. The brewer that owns Budweiser as well as Corona, Stella Artois and other brands is wrestling with more than $100 billion in debt, the majority of it taken on to finance its takeover of rival SABMiller Plc in 2016. Now Brito has to find other ways to manage that debt load.

The CEO must also contend with rising pressures in the Chinese market, one of the brewer’s most important countries and one that is key for growth in Asia. Beer accounted for about 30 per cent of China’s total alcohol sales in 2015 but Euromonitor expects that to fall below 26 per cent by 2023.

While AB InBev commands 43 per cent of the premium market in China, that’s down from 47 per cent in 2014, according to Euromonitor. At the same time, rival Carlsberg A/S increased its share from 9 per cent to 14 per cent.

Carlsberg has moved into 32 Chinese cities over the years and it plans to add five more during 2019, according to Graham Fewkes, the company’s executive vice president for Asia.

The brewer also markets Tuborg and super premium brands Grimbergen and 1664 Blanc in China. “Growth is going to come from selling higher price products to people that are a bit more curious about the beer they are drinking,” Fewkes said.

Heineken in April completed a $3.1 billion investment in the parent of China Resources Beer Holdings Co., China’s top brewer, and is licensing its brand to the state-backed company on a long-term basis. That deal gave the Dutch company access to an enormous distribution network in urban and rural segments of the country, and it reported shipments grew more than 10 per cent in China in the first quarter of the year.

To counter a decline in its bigger volume brands, AB InBev has sought a foothold in the craft-beer market through the acquisition of Boxing Cat Brewery. Still, there are clear signs that competitors are chipping away at AB InBev’s dominance in the country’s pricier bars and restaurants.

Zhou Xinyu, a 21-year-old student in Shanghai, likes to drink beer from Tokyo-based Asahi Group with sushi. She ranks Budweiser behind Heineken and beer from China’s Tsingtao Brewery. “Budweiser is the bitterest of the three,” she said. – Bloomberg

1 Why is Germany suddenly embracing its inner Keynesian?
2 Passengers face queuing in car parks at Dublin Airport
3 Prospect of foreign travel highlights remaining restrictions here
4 Tesco to cut emissions by converting waste food from Irish stores to gas
5 Major credit union plans to limit savings accounts to €40,000
6 Brother is dragging his heels as executor of uncle’s will - is there anything I can do?
7 Student accommodation sector set for harsh Covid-19 lesson
8 Tesla’s Elon Musk calls for breakup of Amazon in tweet
9 Aer Lingus parent mulls legal challenge to quarantine rules
10 In six months we will be in the grip of a 1980s-style recession
Real news has value SUBSCRIBE