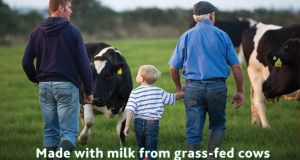 A US citizen initiated a case against Ornua over its claims that Kerrygold is made from the milk of cows that are fed on grass.

A US judge has accepted arguments made by Ornua, the co-operative dairy board that owns Kerrygold, that a case taken against it over the butter’s marketing claims should be thrown out of court.

A citizen of the US, where Kerrygold is the second-best selling butter, last year initiated a case against Ornua over its claims that Kerrygold is made from the milk of cows that are fed on grass.

Grass-fed-cow dairy are unusual in the US market, and it is said to make the butter look and taste better than generic equivalents.

Towards the end of 2018, Ornua filed a litany of documents arguing the Californian lawsuit should not be heard and that the basis of the claims is wrong.

This month, the judge in the case accepted Ornua’s arguments, but gave the claimant time to refile an amended lawsuit. That means, in theory, the case could yet be revived.