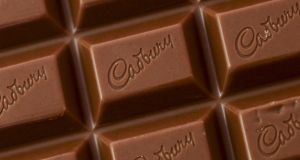 Cadbury owner Mondelez suffered a fall in sales at the end of last year as the impact of a stronger dollar eroded income from its large overseas business.

Its international business, which accounts for nearly three-quarters of overall sales, saw revenue slip across its three main divisions – Asia, Middle East and Africa, Europe and Latin America – as sales overall slipped 2.8 per cent in the three months to end-December.

However, overall organic sales, which exclude the impact from acquisitions and currency fluctuations, rose 2.5 per cent in the final quarter of 2018, driven mainly by moves to introduce healthier snacks to better serve fitness freaks and health-minded consumers.

One bright spot for Mondelez, which also makes Oreo cookies among other brands, was its North America sales, which rose 1.6 per cent, even as the company battles brutal competition and faces ever-changing consumer tastes.