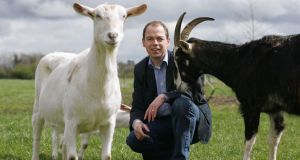 Revenues at organic dairy food company Glenisk increased 4 per cent to €20.4 million last year, according to accounts filed with the Companies Registration Office.

Staff costs at the Co Offaly-based family owned maker of yoghurt and other dairy products rose from €2.8 million to €3 million during the year, while emoluments for directors increased to €422,077.

The accounts also show a dividend of €250,000 was paid during the year.

The directors report noted the company, which was established in 1987, plans to develop new products and increase its market share.