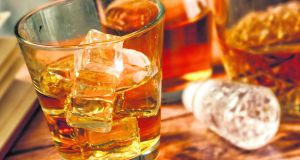 Whiskey joins products such as Parma Ham and Manchego Cheese in securing the protection. Photograph: iStock

Whiskey and Irish cream liqueurs are among 100 European regional food names, known as geographical indications (GI), to be protected in China under a new deal between the EU and Beijing.

A reciprocal arrangement will see 100 Chinese food names protected in the EU, the EU Commission said in a statement.

The deal will mean only whiskey distilled and matured on the island of Ireland can be labelled and sold in China as Irish whiskey. It also provides a legal recourse to take action against fake Irish whiskey on sale in China. The deal also protects Irish cream liqueurs.

As well as Irish Cream and whiskey, the EU list of GIs to be protected in China include Cava, Champagne, Feta, Münchener Bier, Ouzo, Polska Wódka, Porto, Prosciutto di Parma and Queso Manchego. All of the products covered have quality or characteristics that are linked to their geographical origin and traditional know-how.

The deal significantly expands the number of foods protected by GIs from the 10 products on both sides that were agreed in 2012 and should help boost trade in higher value goods.

“It is a win for both parties, strengthening our trading relationship, benefitting our agricultural and food sectors, and consumers on both sides,” said EU agriculture and rural development commissioner Phil Hogan, who is visiting China.

“European geographical indication products are renowned across the world for their quality,” he said.

Consumers are willing to pay more for GI products, he said, trusting the origin and authenticity of the goods. The agreement still needs to be approved by the European Parliament and Council but is expected to enter into force before the end of 2020, the commission said in a statement.

It will be expanded to cover an additional 175 GI names from both sides four years after the current agreement. EU agrifood exports to China were worth €12.8 billion in the 12 months from September 2018 to August 2019.

The Irish Whiskey Association (IWA), which has been pushing for the finalisation of this agreement for some years, said it would deliver a welcome boost to the industry.

“The protection provided in this agreement will further give Irish whiskey producers the confidence to invest in increased sales and marketing in China, knowing that there is legal remedy to crack down on fake competitors,” said William Lavelle, head of the IWA in Drinks Ireland.

While China has not traditionally been a major market for Irish whiskey, the trend is positive in the rapidly expanding market with a growing middle class.

Kieran Fitzgerald, from Bord Bia’s office in Shanghai, said Chinese consumers place a large importance on the brand and its origins, so the agreement was a “significant milestone for EU and Irish brands in China and provides a unique differentiation point in promoting Ireland’s range of whiskey and cream liqueurs.”

China is the largest alcohol market in the world, at €221 billion annually, and Bord Bia sees “significant growth potential”. Imported spirits to China were valued at €1.2 billion last year, a 30 per cent year-on-year increase. Baileys Irish Cream is the market leader in the €58 million liqueur market.

Bord Bia has identified China as a priority market for whiskey and Irish cream and expect this growth to continue, Mr Fitzgerald said, adding they are particularly active in promoting Irish food and drink online in China.