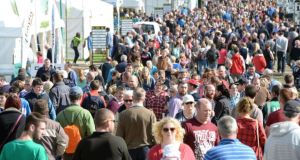 The 800-acre site at Ratheniska, Co Laois, is ready for an influx of more than 200,000 visitors as the 84th National Ploughing Championships gets under way.

The weather this year is forecast to be unsettled, with a dry Tuesday expected to give way to rain on Wednesday. Thursday will be cold and blustery, with heavy showers and highest temperatures of 12 to 14 degrees according to Met Éireann. Friday will also see scattered showers.

The National Ploughing Championships has come a long way from its beginnings in 1931 as a means of settling an argument between two farmers from Wexford and Kildare about whose county had the best ploughmen.

In 2015, visitors to the championships spent about €36 million, giving a tax take of more than €6.6 million. Personal shopping, trade purchases and food expenditure made up the bulk of this.

The event, as the organisers say, “has become an intrinsic part of Irish rural life”. It’s traditionally an important few days on the political calendar, where politicians ranging from local election hopefuls to the Taoiseach come to mix with their people. 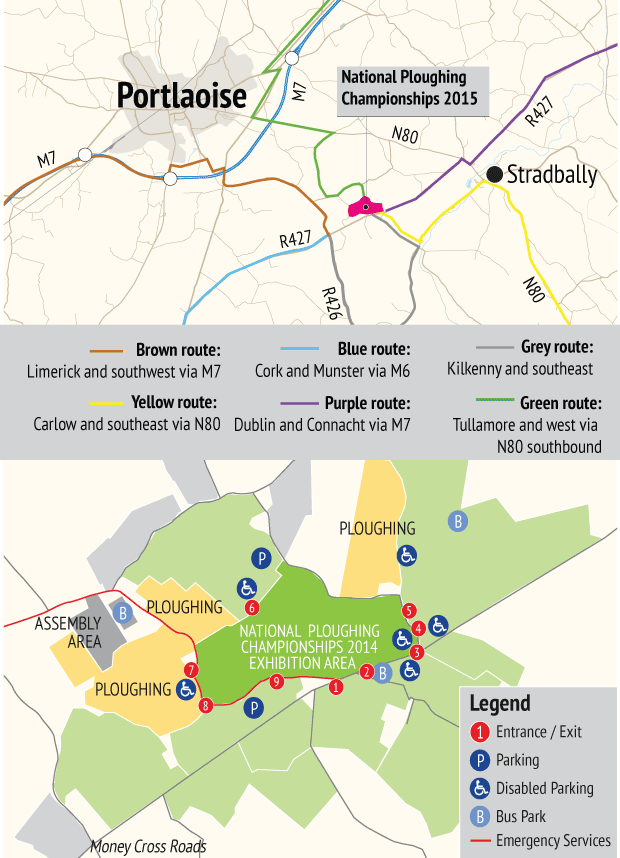 With a general election on the way, the championships this year should see a particularly high number of Dáil candidates in attendance.

As for the ploughing itself, all eyes will be on Eamonn Tracey from Carlow - the current conventional ploughing world champion.

International companies will also be setting out their stalls. Motoring exhibits are up by 20 per cent and other exhibitions from the UK, Germany, New Zealand, France, Netherlands and the US are planned.

There will be new attractions including a French business pavilion, a young innovator bursary and a European trade fair and international business centre.

Seventeen colleges from the UK and Ireland will exhibit this year, while the Science Foundation of Ireland will run interactive shows and workshops.

Organisers say there will be more than 1,500 stands in total spread across the site.

Small businesses in particular will use the event as a opportunity to showcase their wares, with the Local Enterprise Village hosting 83 small businesses from manufacturers of beauty products to hurley makers.

National Ploughing Association managing director Anna May McHugh said: “There is no doubt that the entrepreneurial spark is alive and well in Ireland and it is a fantastic opportunity for these small businesses.”

Free parking is provided at the championships and drivers will be directed by gardaí and stewards to car parks.

Information on the best routes to take to the site from different parts of the country is available at the event’s website, at npa.ie. The event is taking place very close to the Electric Picnic site.

Visitors travelling to the site in Laois by rail are advised to get off at Portarlington, Portlaoise or Athy rail station and check irishrail.ie for timetables.