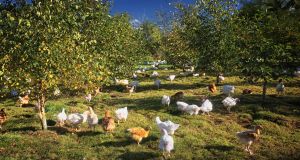 The decision of Brazilian food giant JBS to relocate more than €30 billion of assets to Dublin is unlikely to affect the State’s headline growth metrics as long as the assets do not include patents or copyrights, according to a leading economist.

Davy analyst Conall Mac Coille also claimed the prospect of Ireland being lumped with a greater obligation to the EU’s budget as a result of the company’s move was impossible to predict at this stage.

Mr Mac Coille said the redomiciled assets were likely to be classified in the national accounts as “direct investment abroad”, which would have no impact on domestic economic activity as captured by gross domestic product (GDP).

“It doesn’t matter who owns the company, it’s whether the output is considered to be produced in Ireland,” he said.

Equally, while the profits accruing from the assets will flow to JBS’s newly established Irish entity, they are also likely to exit the jurisdiction as shareholder dividends.

The only possibility of the deal causing a ripple in Ireland’s GDP is if the assets include patents, which is unlikely for a meat processor.

The decision by several big companies to move intellectual property assets and patents here last year caused a wild 26 per cent swing in the State’s headline rate of GDP growth.

The transfers were also reflected in the State’s stock of capital assets, which according to preliminary data swelled in value from about €800 billion to €1.1 trillion. The change in GDP is expected to increase Ireland’s contribution to the EU’s budget by about €280 million.

The company’s decision to relocate here comes on the back of several high-profile tax inversion deals involving Irish-based pharma and medtech companies and once again puts the spotlight back on Ireland’s corporate tax regime.