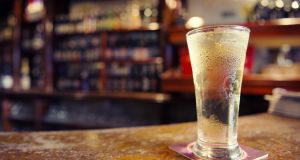 C&C said that it will resume responsibility for selling and marketing its portfolio of cider brands in the US from April.

C&C Group, the cider and beer manufacturer, said on Tuesday it expects that its operating profit for the year to the end of February 2018 to come to €86 million, as trading and cash generation was “broadly in line with management expectations”.

In a trading update issued before full-year figures are announced on May 16th, C&C said that the performance of its Scottish businesses and its growing super-premium portfolio was “encouraging” during the year and that both are well positioned for further growth in the current fiscal year.

“While competitive pressures remain in Ireland, we expect performance to improve next year,” it said.

In the UK, its fledgling distribution partnership with AB InBev and its investment in the Admiral Taverns pub chain are “now well-embedded”.

“The outlook for the UK high street and consumer spending remains challenging, but our brands and the predominantly wet-led, community pubs we serve are proving resilient,” it said.

The trading statement comes weeks after C&C said on February 20th that it struggling US cider brands distribution deal with California-based Pabst Brewing Company has been abandoned after less than two years.

C&C said that it will resume responsibility for selling and marketing its portfolio of cider brands - including Magners, Woodchuck and Wyders - in the US from April. The US business contributed about 4 per cent of group volumes in 2017 and less than 1 per cent of operating profits.