Irish-Swiss food group posts big loss for first half of year, but results not as bad as markets had feared 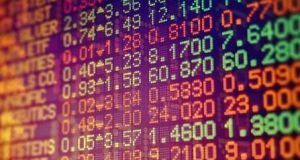 Frederic Pflanz, Aryzta’s chief financial officer of just over two months, has had precious little time to get himself up to speed. However, the dual French-German national felt he had enough control over the figures to insist in a conference call with analysts on Monday that the troubled frozen baked goods-maker was not in danger of breaching its bank debt covenants.

The company’s net debt came to 4.21 times earnings before interest, tax, depreciation and amortisation (ebitda) at the end of the period to January 31st, inside the 4.75 times limit set by its covenant.

However, the company’s work is cut out pursuing asset sales to lower its debt burden as flexibility under its bank agreements steps down to 4 times ebitda in July and 3.5 times next January.

To this end it was comforting for investors to hear that Aryzta is progressing the sale of its 49 per cent stake in French frozen foods company Picard, which it bought three years ago for €447 million, having generated €140 million from disposals so far this year. However, it will need approval from its joint venture partner Lion Capital to get any deal over the line.

While Aryzta reported on Monday that its revenue fell by 6.3 per cent in the first half, its ebitda slumped almost 30 per cent, and net underlying profit plunged about 54 per cent, the results weren’t as bad as the market had feared.

European revenues edged 0.7 per higher, though they fell 7.4 per cent in North America, even excluding two troubled Cloverhill facilities which it sold during the period.

Still, Fflanz’s soothing comments on covenants came as some relief to Aryzta’s shares as the company rallied off its lows during trading in Zurich, having been rattled at one stage by a note from Vontobel analyst Jean-Philippe Bertschy, who warned clients that the company was “flirting” with a covenant breach.

The stock, which fell 7.7 per cent at one point, closed down 2.3 per cent to 23.35 Swiss francs. This provided some mild relief for long-suffering shareholders, used to share price slumps of up to 33 per cent in recent years on results announcements.