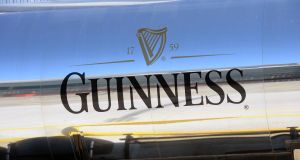 Guinness parent Diageo, the world’s largest spirits maker, abandoned its annual forecast for sales and profit growth, and suspended its shareholder returns programme for the rest of the year in response to the coronavirus pandemic.

However, t the company said it would pay its interim dividend of 27.41 pence a share, announced at the end of January, to ordinary shareholders.

The Johnnie Walker whisky maker said lockdowns imposed by governments across the world, including the closure of bars and restaurants, had significantly impacted its business.

Production facilities in many countries including India and in its key markets of Africa are closed, even though business in mainland China is slowly recovering with the gradual opening of bars and restaurants, Diageo said in a statement.

The company in February had estimated that the spread of coronavirus in greater China and the Asia Pacific region could knock up to $260 million (€238 million) off its profit in 2020.

In Thursday’s update, it says social distancing measures, including the closure of the on-trade channels, have now been introduced in most of its markets.

“Given the global nature of the Covid-19 pandemic, and the uncertainty around the severity and duration of the impact across multiple markets, we are not in a position to accurately assess the impact of this on our future financial performance,” the company said in a statement.

The company pulled its guidance for the year, which called for annual underlying net sales growth to come in towards the lower end of a 4 per cent to 6 per cent mid-term guidance range and operating profit growth to be roughly one percentage point ahead of net sales.

The group said it was halting spending on advertising and promotion as well as deferring discretionary capital expenditure projects.

Diageo also said it was suspending its three-year multi-phase £4.5 billion (€5.1 billion) shareholder returns programme for the rest of the year. In its first phase that ended on January 31st, the company had paid out £1.25 billion in the form of buybacks. – Reuters