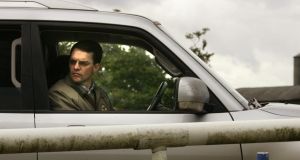 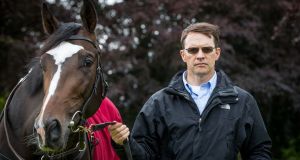 A key question in Ballydoyle Racing’s Labour Court appeal against a Workplace Relations Commission (WRC) notice demanding that it comply with laws regulating working hours is “what is agriculture?”. If training racehorses is an agricultural activity, then it is entitled to an exemption from the Organisation of Working Time Act, if not, then it must comply with the notice.

The stable’s lawyer, Paul Gallagher, told the court that up to February 2016, the WRC accepted that Ballydoyle was exempt, but then indicated that it had changed its position, before a pre-announced inspection that led to it issuing the compliance notice. Mr Gallagher added that the commission did not explain why it changed its position.

The commission inspected Ballydoyle early last year, during what was likely to have been a busy time for a yard whose horses race in what Mr Gallagher explained is a defined season between late March and early November.

The WRC’s barrister, Rosemary Healy Rae, indicated that it views agriculture as raising animals or crops for human consumption, which is how the Industrial Relations (Amendment) Act, 2015 defines it. However, there are broader definitions in Irish and European law that do not require someone to eat the end product. These easily capture horse racing and thoroughbred breeding.

Labour Court chairman Alan Haugh indicated that it could ask the European Court of Justice for guidance on this question. The entire racing and breeding industries will be watching while the jurists ruminate, because their answer will affect both businesses.

Ballydoyle is genuinely world class. So far this year, its trainer, Aidan O’Brien, has won the English and Irish derbies, six races at Royal Ascot and numerous other contests. Losing the exemption would not close it down.

However, for yards with fewer and less regally-bred horses, the loss of the exemption could spell the end. And it may not be just the smallest that suffer. Last year, Colm Murphy, a successful national hunt handler, called it a day because his business was not viable.

Others who are struggling could easily follow suit. If they do, one question they are likely to ask is on what grounds did the WRC change its view of the agriculture exemption in the first place?