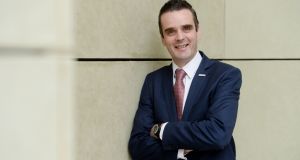 The Government must pressure the European Union to raise caps on funding assistance to farmers severely hit by Brexit-related sterling depreciation, the Irish Farmers’ Association (IFA) has said.

Speaking at its Budget 2018 submission launch on Wednesday, the association said market disturbance caused by the weakened currency had unequally affected member states and measures must be taken to address the Irish case.

EU-imposed state aid limits currently stand at €15,000 per individual for any assistance scheme.

With the Brexit negotiation process now under way, the fallout and potential damage to the agri-food sector is helping frame the approach to budget priorities through financial supports.

Addressing sterling depreciation and uncertainty in the aftermath of the UK’s vote to depart the EU, IFA president Joe Healy said “every time someone opened their mouth there was further movement and that uncertainty continued to affect the prices that we were getting for products”.

Anxieties have emerged in myriad areas – cheddar cheese which depends entirely on the UK market, “sudden and quick” casualties among mushroom producers, and the beef sector which took a €150 million hit in the last six months of 2016 following the devaluation of the pound.

While calling on the Government to lobby the EU for a “greater level of flexibility” around EU-controlled state aid limits, the IFA’s budget document outlines several ways in which financial relief can be provided to its members.

Crucial among them, it says, is the extension of a Government-backed affordable loan system for farm investment. A similar scheme last year – brought about by what the association calls a “market failure” in the banking system – was oversubscribed within just a few weeks.

It is seeking at least the partial reinstatement of cutbacks to the ANC (areas of natural constraints) scheme, for designated land in disadvantaged areas including mountainous terrain. The IFA says a €25 million rise in funding to part-meet a previous €50 million cut was required to help “lowest-income farmers operating in marginal areas”.

As part of amendments to the Fair Deal nursing home scheme, farmers want a Government commitment to address the uncapped liability of farming assets, a major concern for landowners.

There are also concerns around taxation. The pre-budget document outlines particular “income volatility” in the sector and calls for measures to help farmers manage risk. Among these is the removal of restrictions on “income averaging” – when earnings are averaged over a number of years for tax purposes – where a farmer or his spouse has an additional source of income.

More can be done to encourage farmers to use land to assist in meeting Ireland’s renewable energy targets, it adds. In particular, the use of land for solar panels should be permitted when land transfers to family, either through inheritance or gifts, are assessed for exclusion from tax liability.

The association has included requests for a €4 million increase in funding to expand the Walks Scheme – allowing the public and tourists access to private land – and for supports to grow the artisan cider industry.

Meanwhile, IFA talks with the Department of Agriculture on its Crop Loss Scheme, which led to the occupation of its offices this week, are progressing and Mr Healy said he was hopeful of a resolution soon.