Can chocolate really taste the same with 40% less sugar? 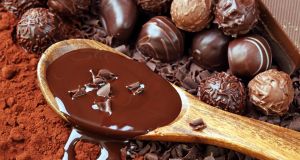 Nestlé, the world’s largest packaged food group, said it had devised a new technology that has the potential to reduce sugar in some of its confectionery products by up to 40 per cent without affecting the taste.

The maker of Kitkat and Aero bars said its researchers have found a way using only natural ingredients to change the structure of sugar particles.

By hollowing out the crystals, Nestlé said each particle dissolves more quickly on the tongue, so less sugar can be used in chocolate.

“Our scientists have discovered a completely new way to use a traditional, natural ingredient,” the company’s chief technology officer, Stefan Catsicas, said in a statement late on Wednesday.

The announcement comes as a global obesity epidemic ramps up pressure on processed food makers to make their products healthier.

Nestlé and its peers have all been working to reduce sugar, fat and salt, as consumers increasingly opt for fresher, healthier options.

Nestlé said it was patenting its findings and would begin to use the faster-dissolving sugar across a range of its confectionery products from 2018.

Nestlé is not the first company to experiment with designer molecules. PepsiCo in 2010 piloted a designer salt molecule that it said would allow it to use less sodium without affecting the taste of its snacks, which include Walkers crisps and Cheetos.

1 How can I view my dead brother’s will if I’m not the executor?
2 Michel Barnier rejects UK’s call for Canada-style trade deal
3 Aqua Dome in Tralee could close over insurance claims, directors warn
4 Applications for 961 new homes in Dublin and Meath rejected
5 Barry’s Hotel at €8m comes with potential to double in size
6 Artomatix buyer revealed as Unity Technologies
7 High time: Netherlands moves to clean up absurd cannabis policy
8 Job numbers hit a record 2.36m as hi-techs lead the way
9 ‘Germans are very efficient and reliable. Cancelling is alien to them’
10 Provisional liquidator appointed to Dublin engineering firm
Real news has value SUBSCRIBE