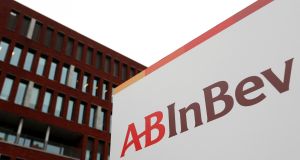 Anheuser-Busch InBev, the world’s largest brewer, confirmed reports on Tuesday that it was looking into listing a minority stake in its Asian operations to create a leading regional consumer goods company.

The announcement, released at the same time as first-quarter results, follows reports that the brewer had enlisted banks to work on a partial sale of the Asia-Pacific business.

The brewer of Budweiser, Corona and Stella Artois is saddled with more than $100 billion in debt after its 2016 purchase of nearest rival SABMiller and ultimately wants to bring its core profit (EBITDA) ratio down to 2 from 4.6 at the end of 2018.

The Belgium-based company acknowledged that a minority stake listing would accelerate this process, but its 2020 commitment to reduce the multiple to below 4 was not dependent on it.

The company said in a statement that the merits of the initiative were based on the idea of creating an Asia-Pacific champion.

“Furthermore, our superior portfolio of brands and leadership position in the beer industry provide an attractive platform for potential M&A in the region,” it said.

It added that proceeding with a listing, which would be on the Hong Kong stock exchange, would depend on a number of factors, including valuation and market conditions.

The company said first-quarter EBITDA came in at $4.99 billion (€4.45 billion), a like-for-like increase of 8.2 per cent, but below the average forecast of $5.06 billion in a Reuters poll.

The company’s share in its largest market, the United States, slipped by 0.1 percentage points, its best performance in the past 25 quarters. Volumes in Brazil, its second largest market, rose by a double-digit percentage.

However, challenging economic conditions in Argentina and South Africa led to lower beer sales there. The later timing of Easter in 2019 also capped earnings. – Reuters