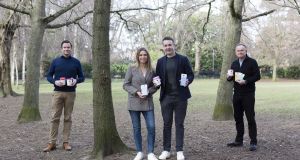 BiaVest, a food-focused investment firm, has taken a stake in Nobó, a dairy-free ice-cream and chocolate producer founded by a Dublin-based husband and wife team, Brian and Rachel Nolan.

BiaVest was set up by high-profile food industry executives Hilliard Lombard (who was previously the head of Valeo Foods operations in Ireland and before that a senior executive with Aryzta) and his business partner David McKiernan, who built the Java Republic coffee brand.

Nobó was set up by the Nolans in their kitchen in 2012. Their first product was a dairy-free ice-cream made using ingredients such as avocado and coconut milk. They also produce a dairy-free vegan chocolate that is sold in Ireland and Canada.

BiaVest would not disclose the size or value of the stake it has taken in Nobó. The investment will be used to help finance a drive into the European market in the summer.