Beef processing expected to be fully operational later this week 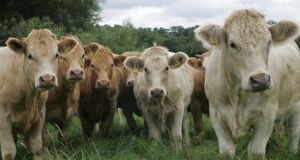 The Beef Plan Movement says it intends to hold ‘all stakeholders accountable to beef farmers’.

Beef processing is expected to be fully operational again later this week but there will be a need for additional marketing to rebuild business over the period ahead, the industry has said.

The blockading of factories all over the country in recent months had brought the beef industry to a near standstill. Farmers, by way of the Beef Plan Movement, have argued the price being paid for cattle at the factory gate makes farming unsustainable.

However, all blockades were stood down over the weekend, marking a significant de-escalation of the dispute which has damaged exports, led to the temporary lay-off of thousands of workers, and resulted in beef shortages on supermarket shelves.

The final protest, located at Liffey Meats plant in Ballinasloe, Co Galway, was stood down on Sunday following a vote to end the action.

A meeting in Ballyjamesduff led to a similar vote in relation to a Liffey Meats plant in the Co Cavan town over the weekend.

MII said processors were contacting employees who were laid-off to inform them that they would be recommencing processing this week. However, they said some personnel would not be returning to work in the sector as they had gained employment elsewhere.

“Members are already in contact with their regular farmer suppliers to schedule deliveries, which have been prevented over the last eight weeks,” it said.

“Over 100,000 cattle that would, in normal circumstances, have been processed by now, have been backed up due to the disruption over recent weeks.

“Beef processors are also engaging with their customer base after this damaging period to seek to rebuild business over the period ahead.

“This will take some time as many customers have made their purchasing plans without Irish beef and committed to supply arrangements with alternative suppliers for at least the next number of weeks.

“There will be a need for additional marketing and promotional activity to support Irish beef in the period ahead and MII will discuss this with the Department of Agriculture and Bord Bia.”

MII said it would now begin to implement the provisions of the agreement struck on September 15th, while the movement said it was requesting “immediate engagement” from MII on the agreement.

“The Beef Plant Movement is requesting that meat processors immediately implement the additional 8 cents/kg bonuses for steers and heifers for both under and over 30 months of age,” it said.

“The Beef Plan Movement also wants the immediate review of the beef grid to take place. An independent investigation in to the market requirements for consumers by retailers is also being sought immediately.”

The Irish Cattle and Sheep Farmers’ Association (ICSA) said it had met senior representatives of the Aldi supermarket chain, which it said has committed to cooperating with the taskforce.

“ICSA welcomes this commitment from Aldi and we are calling on all other main retailers to also engage,” it said. “ICSA laid it out in very stark terms for Aldi that the future of beef farming in this country is on the line.

“Beef farmers in Ireland cannot continue to supply beef to retailers at well below the cost of production. Supermarkets need to reflect on the key question of whether the current model is sustainable where farmers are expected to continue to lose money.

“In the not too distant future, if farmers in Ireland do not get a sustainable price, then supermarkets will end up depending on South American beef where traceability, quality assurance and other in-spec requirements will be ignored.”