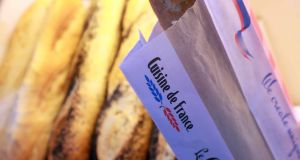 Aryzta’s largest shareholder Cobas Asset Management has come out strongly against Elliott Management’s takeover bid for the company, saying it undervalues the Swiss-Irish bakery group and should be resisted.

US hedge fund Elliott has offered to buy Aryzta for 0.80 Swiss francs (€0.74) a share in a deal that would value the company at €735 million.

However, in a letter to Aryzta’s board, Cobas says the offer “signifcantly undervalues the company”.

“Cobas AM has no intention, whatsoever, to tender its shares at such a price,” the letter says.

Cobas, which holds a 10 per cent stake in Aryzta, also urges the board not to assist Elliott with their financial arrangements.

Elliott is not in a position to mount a hostile bid for Aryzta, as it needs Aryzta’s board to help line up a deal on its €1.2 billion in debts, which would fall due immediately under a change of control.

News of Elliott’s €735 million bid emerged on Friday, with sources saying at the time that the board, albeit a divided one, was unlikely to pursue a deal with Elliott, but press ahead with the sale of non-core assets to lower debt and simplify the embattled business.

While there has been speculation that Elliott is looking to secure a write-down on what banks are owed as part of its plan, sources said on Monday this is not the case.

Still, Aryzta’s banks would need the board to either recommend Elliott’s offer to shareholders or signal it was not averse to a deal, in order to get the company’s lenders to sign up to a key debt refinancing. This pours cold water on market talk that Elliott may launch a hostile bid.

Aryzta’s €1 billion of bank debt and almost €200 million of other loans fall due in the event of a change of control. Elliott is understood to have been in talks with the company’s banks for some months to get them to agree to roll over some of what they are owned as part of a deal, with the rest refinanced through new facilities.

Elliott said in a statement that it is has funds lined up to buy out Aryzta shareholders at its offer price of 0.80 Swiss francs (€0.74) per share and is at a “very advanced stage” of concluding refinancing arrangements for the company’s debt.

Aryzta, the Swiss-Irish owner of Cuisine de France in Ireland and a supplier to the likes of McDonald’s, Subway and Lidl internationally, has been the subject of turmoil since it issued a series of profit warnings between 2015 and 2016, resulting in the exit in early 2017 of some top executives, including long-term chief executive Owen Killian.

The company said in May it had launched a strategic review, culminating in it entering sale talks with Elliott in early September.

Meanwhile, a group of activist shareholders, who started to agitate for change in May, succeeded in orchestrating a boardroom coup in September, with Urs Jordi taking over as chairman and two other directors joining the board.

Mr Jordi made it clear from the outset he was not in favour of an outright sale, resulting in a board split broadly along the lines of the new and existing directors. Mr Toland left the company last week and further board changes are before an annual general meeting on December 15th.

Aryzta said on Tuesday morning that Elliott has withdrawn one of the conditions linked to its non-binding proposal. It is understood that this relates to a previous requirement that Mr Toland remain as chief executive.

While Mr Jordi said on October 24th that talks with Elliott had ended without a binding offer, the US investment group continued to work on details of a takeover proposal.

“We see Elliott’s [announcement on Monday confirming its proposed bid] as an attempt to gain the support among Aryzta shareholders and to put pressure on Aryzta’s board of directors to revisit their unsupportive evaluation,” said Baader Helvea analyst Andreas von Arx.

Zuercher Kantonalbank analysts said Aryzta’s board sees higher long-term value for shareholders in the company remaining independent and continuing to be listed on the stock market. “Given the strong new crew, we also share this assessment,” the analysts said.

Aryzta has appointed Marcus Opitz as chief restructuring officer with responsibility for the disposal strategy, which is expected to involve its North American business. It has also named Armin Bieri as chief transformation officer to lead the “strategic reorientation of the core markets and businesses”. Mr Bieri was one of the three directors that joined the company as part of the September boardroom overhaul, before resigning on November 6th for what were stated at the time to be “private reasons”.