No referendum planned despite inclusion of proposal in development plan 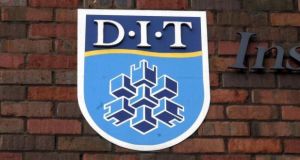 DIT students will be expected to begin paying an annual student levy by next September according to a recent development plan released by the Institute’s Campus Life department.

The Campus Life Development Plan 2016 - 2020 has indicated that the expected levy will be used to fund a proposed student centre which will be constructed in DIT’s Grangegorman campus. The proposed centre will include student media facilities, a multipurpose performance space, student accommodation and fitness facilities.

Before the student levy can be introduced, it must be passed by DIT students in a referendum. However, there has been no date set for any referendum on this issue planned for the current semester.

Head of DIT Campus Life, Dr Brian Gormley, has explained that the initial date of September 2017 was included in the plan due to the fact that if a referendum is not held by then, it will not be possible to have the promised facilities installed by the time the first wave students are moved to the Grangegorman campus.

“We hope that the student body would see the benefit of introducing a levy which would fund excellent student facilities for future generations of DIT students, but that decision will be a democratic decision of the students”,” said Dr Gormley.

It is understood that the introduction of a levy could raise up to €20m which could be used to assist the construction of the proposed student centre and other facilities.

According to Dr Gormley, the total cost of the levy has not yet been agreed upon but assures that its introduction will be carefully phased, meaning that final year students who would not benefit from the new facilities will be exempt from paying it.

“We would be very conscious of the financial pressures on students, and setting the levy will be a balancing act between providing the facilities which students have requested, and ensuring that this doesn’t add too much of a financial burden to students,” explained Dr. Gormley.

If a referendum is held, it will be up to DIT’s Student Union to host it and collaborate with the Institute on its wording. However according to DITSU President Boni Odoemene, they have yet to take a stance on the issue.

“It is the position of the DIT Students’ Union that the President (Mr Odoemene) will ensure that certain terms and conditions are upheld by the DIT and other bodies during negotiations on the development, management and running of these student facilities,” said Odoemene.

Mr Odoemene went on to explain that a referendum will only be considered if there is mutual agreement between DITSU and the Institute that the levy will be used solely to support the development and maintenance of facilities for DITSU, DIT Sports and DIT Societies.

He also said that if a referendum is held and the levy is passed, all students who will be subject to the levy must make equal contributions, except for part-time students who should pay on a pro-rata basis.

According to the Plan, the student centre is set to be completed by 2019.