My yearly pilgrimage to the Garda station 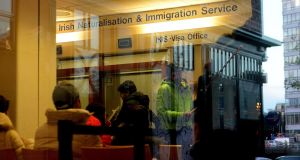 This morning I trudged through the rain, wind, and gray to the local Garda station in order to pay my yearly dues to the Irish state. As I stood waiting for the bus, staring at the back of the shelter, which did not contain a bus timetable, I could barely stand as the gust of wind blowing rain into my face nearly knocked me over.

Waiting for the bus, I could not get over the fact that I would be required to pay another round of fees to be allowed to remain on the Island.

To what pleasure do I owe this yearly pilgrimage? An international student, I am required to pay €300 to the Garda every year that I remain in Ireland as I study for my degree.

All international students, presumably non-EU nationals, pay this mandatory tithe in order to further our education. According to the Garda website, some people receive exceptions, such as minors and spouses of Irish citizens.

On my journey home, I could not help but reflect on why I was being required to pay in order to re-register and to receive my plastic registration card in the post.

Granted, international students are expected to contribute to Irish society and to the economy, which we do, presumably in spades. But why do we need to make a new offering to the government every year? The only answer that I could come up with was deceptively simple: money.

It is a truth universally acknowledged that every university wishes to stuff its international student enrolment as much as possible in order to keep its larder in order.

In other words, international students are well known to be the cash cows of Western universities, as we are often willing to pay exorbitant fees in order to further our education.

As a response to the growing market for international education, I myself have observed how universities in the UK, Canada, and the EU have been taking an axe to any left-leaning principles of social equality and justice and have been hiking up the fees to sky-high levels.

The argument in justification of such behaviour is often, if not always, that students enrolling in international programs in these jurisdictions are getting a bargain compared to the US, where price-gouging in education is rampant. For example, tuition for Columbia’s LLM program during the 2020-2021 school year is $72,352.

Charging a student this amount is an outrage, if not something that should be manifestly illegal. The fact that Ireland, the EU, and the UK are abandoning earlier principles of egalitarianism and enthusiasm for providing accessible education is a tremendous shame.

While there is a definitive financial advantage for students wishing to study in the EU, the Irish state and universities should not participate in the practice of fleecing students.

The aforementioned actors should not follow the practices of the lowest common denominator in this regard.

I hope that Ireland will reverse the policy of charging international students €300 a year to register and to receive the GNIB card - and that they will pay us back for fees paid after the first year of residence. It achieves nothing other than siphoning money off students in order to fill government larders. It is also manifestly unfair to underserved students and people from less privileged backgrounds and regions.

Ireland is better than this.