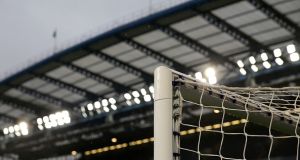 Chelsea host Arsenal tonight in a crucial match in the battle for fourth place - and Arsenal manager Mikel Arteta accepts his team’s Champions League hopes could hinge on winning at Stamford Bridge. That’s one of six matches in the Premier League tonight. On the day John Delaney vacated his position on the Executive Committee of Uefa, the FAI yesterday announced the appointment of former Hibernian Insurance managing director Gary Owens as Interim Chief Executive of the organisation. He has previously been chairman of the Athletics Ireland’s board and was involved for a year as a consultant with the High Performance Unit of the Irish Amateur Boxing Association.

Ulster centre Stuart McCloskey's good form has been rewarded as he’s been added to Ireland’s squad for the Six Nations. In his column this morning (Subscriber Only), Gerry Thornley notes that Saracens were very late to apologise for their repeated cheating. But their siege mentality, he writes, will be called upon again for their upcoming Leinster clash: “as things stand, this quarter-final is Saracens’ only remaining competitive match this season and it’s their last shot at Europe for at least another three seasons. Grist to the mill for their “no-one likes us but we don’t care” mentality. And it’s never been truer.”

1 Coronavirus: What we know so far about how Ireland is affected
2 ‘I woke up the next day in a guy’s house covered in bruises’
3 Coronavirus: Ireland plans for massive increase in tests
4 Mass gatherings due to go ahead in Ireland amid coronavirus outbreak
5 Irish Rail may have to suspend Sligo line services due to floods
6 What is coronavirus and what should I do if I have symptoms?
7 Limits of EU power appear in time of a crisis like coronavirus
8 Stormont finance minister told at Sinn Féin rally he has nothing to apologise for
9 Woman told comedian she would ‘put him on Facebook’ after alleged groping
10 Coronavirus: British government calls for calm after eight schools closed
11 Garda Commissioner ‘stands over’ IRA-Sinn Féin remarks
12 Sinn Féin’s problem with names much more than mere wordplay
13 Woman (38) appears in court charged with murder of Garreth Kelly
14 Dublin stabbing: Parking space was at centre of previous rows, gardaí told
15 Flight attendent seeks High Court injunction against Aer Lingus
16 Unwillingness to swallow bitter pill of higher EU budget share ‘shocking’
17 Miriam Lord: Lady Lou crowned the People’s Taoiseach at Liberty Hall
18 Soreness is good, scales are pointless: The 10 biggest myths in fitness
19 Coronavirus: Irish holding back on holiday plans
20 State would need 16 fighter jets for full air defence capability, expert says
21 Couple challenge decision over access to Killarney lake
22 Claim that IRA controls Sinn Féin ‘based on hearsay’, says Ó Cuív
23 Irish Rail begins work on new station at Pelletstown in north Dublin
24 Gordon D’Arcy: Change has to happen before Ireland's trip to Paris
25 SF criticise delay as next bid to elect taoiseach unlikely until late March
26 Gerry Thornley: IRFU facing logistical issues rescheduling Six Nations games
27 Bank leaked my loan request to family who tried to rip me off
28 Woman was murdered by husband in staged boating ‘accident’, court told
29 Wealthy investors’ legal challenge against Revenue fails
30 Coronavirus: Some schools send pupils home following Italy trips
31 Could Ireland put towns under lockdown if coronavirus arrived?
32 ‘Look sexy. Look hot. Don’t be so provocative. You’re asking for it’
33 Irish in Italy on coronavirus: ‘The city is in a bit of panic – the streets are empty’
34 Duffy says she was ‘raped, drugged and held captive’
35 Excluding Sinn Féin from Government is hypocrisy and also bad politics
36 Dublin nightclub drops entry fee and asks for charity donation instead
37 Tax burden on Irish households among lowest in EU
38 City stun Real Madrid with late goals to take advantage back to Manchester
39 Masks and hand gel sell out as coronavirus fears take hold
40 Army reservists not fit enough for exercises, says general
Real news has value SUBSCRIBE