What would Hans Keller have made of Neil Warnock and Pep Guardiola? 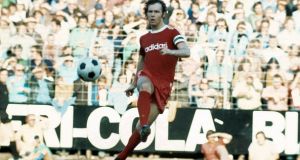 Hans Keller was relieved. It was March 1938 and Adolf Hitler had just marched into Vienna. Keller, 18 and Jewish, had reasons to be concerned. But, momentarily, he saw the upside – surely this would mean the cancellation of his end-of-school exams.

Keller had been fretting about those and so felt: “With the Nazi invasion, the imminent trauma of my matriculation suddenly ceased to exist.” He appreciated irony and paradox, Keller.

Obviously there were days and years when he and so many others had to search hard for such consolations and failed to find one. This week of Holocaust Memorial Day brings back with force what was already in sinister motion when Hitler reached Austria.

In Music, Closed Societies and Football (1977), Keller records that 70,000 people in Vienna, mainly Jews, but anyone who might have an element of difference, were arrested in March ‘38. Thousands of them were sent five hours west to Dachau, to be murdered.

Almost as bad, the exams went ahead. Keller got top marks. This embarrassed his Nazi teacher in his new stormtrooper uniform: “We must have reached a low point in degeneration if it is possible for a Jew to write the only outstanding German essay.”

No-one was joking any more. There was a Gestapo edict in May – “TO: all district commissariats in Vienna. SUBJECT: arrest of Jews.” A further 2,000 were lifted and sent to Dachau. And then in November in Paris a German embassy official, Ernst vom Rath, was shot dead by a Jewish man seeking to overturn his parents’ expulsion from Germany to Poland. Herschel Grynspan was the shooter’s name and Hitler used it as a pretext to launch Kristallnacht. The Nazis said a first shot had been fired, and not by them. Fascists like victimhood.

Jewish Vienna was burned and looted with Keller quoting a Kristallnacht report from an SS officer: “Popular indignation was to be given full reign until 6 o’clock in the morning . . . Care should be taken that all those involved in the operation should wear civilian clothing.”

In the days that followed, Keller, from a wealthy family, managed to get onto a plane to London. He understood his life-saving fortune – Keller’s grandmother was murdered at the Theresienstadt extermination camp in Czechoslovakia.

In London Keller built a life six million others could not. An intellectual, a musician, a critic and football fan, Keller rose high in the BBC. Some 30 years after leaving Vienna this would see him conduct an infamous interview with Pink Floyd in which Keller asked of their music: “Why has it all got to be so terribly loud?”

Keller was mocked, but you imagine Vienna 1938 gave him heightened appreciation of sound and fury.

Volume, and how it can drown out subtlety, was a theme. It was one Keller extended into his idea of football. Having witnessed the willing mob crowd in Vienna, Keller railed against group-think, collective thought. “Thinkers of the word, disunite!” is how his book starts.

He witnessed the same ideological austerity in Soviet Prague in 1975. His dismay centred on structure. In music, in football or in society, a framework’s only purpose should be to facilitate individual expression. Keller understood the difficulty of what he calls “the loneliness of individual thought”, but he was harsh on those who shied away from it.

In football this meant he lamented loudly England’s World Cup triumph. Keller saw England’s win as a victory for Alf Ramsey’s collectivism and a defeat for individualism, personified by Jimmy Greaves. In another section this world-view is summarised: “Parochial charm is one thing, international parochialism another.”

Keller wrote columns on football in London and funnily enough his anti-orthodoxy brought him into contact with Danny Blanchflower. Here were two men prepared to say No when everyone else said Yes. At Tottenham Blanchflower played with Greaves and, before him, Ramsey. Greaves idolised Blanchflower, and named his son Danny.

Like Keller, Blanchflower’s contrariness was sincere. Sometimes it was used for effect though. Asked on television before the 1964 FA Cup final who he thought would win, Blanchflower replied: “I don’t know . . . that’s why they’re playing the match.”

Blanchflower’s core belief, as expressed in his most famous quotation, chimed with Keller – “The great fallacy is that the game is first and last about winning. It is nothing of the kind. The game is about glory, it is about doing things in style and with a flourish . . .”

Quoting Schopenhauer and Middlesbrough’s John Craggs, Keller argues that Ramsey’s collectivism was designed primarily to thwart individual talent. It is why, Keller says, George Best and Greaves departed the game early. “’Team spirit’,” he writes, “can be a euphemism for an ultimatum to individual talent: ‘Adjust or get out!’” He adds that referees’ limited interpretation of the laws are complicit: “It takes three people to kick individual talent out of the game – the kicker, the talent and the referee.”

Craggs is quoted after beating West Ham: “We didn’t allow them to play”, and Keller is suitably unimpressed: “The ultimate achievement: you don’t allow people to play football.”

Of course there was professional sneering at such perceived naivety. Keller’s job did not depend on winning matches every week.

He would counter that talent wins matches and did argue that talent created civilization. Modern, collectivized society has forgotten the individual.

He drools over Franz Beckenbauer strolling for Bayern Munich in the 1976 European Cup final against St Etienne. He criticises Don Revie for participating in “the degeneration of English football”, but he notes Revie had bothered to count Beckenbauer’s successful passes in the first half: “Over 40”.

Revie as English football’s first data analyst? He was certainly a paradox: a serene player who oversaw a structured, forthright Leeds United. Revie would say it was structure which enabled Eddie Gray.

What would Keller have made of Neil Warnock’s QPR, where Warnock (structure) instructed his other players that Adel Taarabt (talent) was only to be passed to in the opposition half? In this, Warnock both trusts and distrusts the talent.

What would Keller have made of Pep Guardiola? Keller would probably object to the organised spontaneity of Guardiola’s systematic football. But how could he object to the beautiful reality of Riyad Mahrez’s pass against Birmingham a fortnight ago?

Keller would certainly approve of Manchester City’s trademark low crosses; he laughs at St Etienne’s numerous, unproductive high crosses against Beckenbauer and writes that although they “produced goalmouth ‘incidents’ . . . they didn’t produce anything else – which is where my facts come in.”