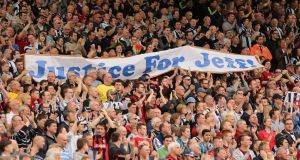 Former professional footballers are three and a half times more likely to die of dementia than the general population, a landmark study has found.

Researchers at the University of Glasgow also discovered that there was a 4.4 times greater chance of ex-pros getting Alzheimer’s disease and a four-times risk of motor neurone disease.

However they were unable to establish whether the cause of the higher levels of brain disease in footballers was due to concussions, heading heavier old leather footballs, or some other factor.

The study, which used recently digitised NHS Scotland data to compare the causes of death of 7,676 former male professional players who were born between 1900 and 1976 against those of more than 23,000 people from the general population, was hailed as the largest ever to look at the incidence of neurodegenerative disease in any sport by its head, Dr William Stewart.

Stewart’s team found that while ex-footballers live on average three and a quarter years longer than the normal population, 11 per cent of ex-professionals had died of dementia according to their death certificates compared to 3 per cent of the general public.

“A strength of our study design is that we could look in detail at rates of different neurodegenerative disease subtypes,” he added. “This analysis revealed that risk ranged from a four-fold increase in Alzheimer’s disease, through an approximately four-fold increase in motor neurone disease, to a two-fold Parkinson’s disease in former professional footballers compared to population controls.”

But while footballers had higher risk of death from neurodegenerative disease, the study found were less likely to die of other common diseases, such as heart disease and some cancers, including lung cancer.

“Our data show that while former footballers had higher dementia rates, they had lower rates of death due to other major diseases,” added Stewart. “As such, whilst every effort must be made to identify the factors contributing to the increased risk of neurodegenerative disease to allow this risk to be reduced, there are also wider potential health benefits of playing football to be considered.”

The FA chairman, Greg Clarke, welcomed the results of the study. “This is the most comprehensive study ever commissioned into neurodegenerative disease in former professional footballers. We welcome its findings and thank Dr Willie Stewart for diligently leading this important research.

“The whole game must recognise that this is only the start of our understanding and there are many questions that still need to be answered. It is important that the global football family now unites to find the answers and provide a greater understanding of this complex issue. The FA is committed to doing all it can to make that happen.”

The FA said it would be setting up a task force to look into the potential causes of concussions. However it said at the moment there was not enough current evidence to change any aspect of the game. – Guardian

1 Stephen Kenny: ‘I want people to come and look forward to watching this team’
2 Cheltenham controversy will pass for magnificent triviality of horse racing
3 My favourite sporting moment: When Manchester United reached the promised land
4 No Masters, so Tiger Woods battles son Charlie for green jacket
5 America at Large: Hurling fan Dowling leading the fight against Covid-19
Real news has value SUBSCRIBE
Crossword Get access to over 6,000 interactive crosswords