Bohemians missing Cornwall, Levington and Grant for their game in Inchicore 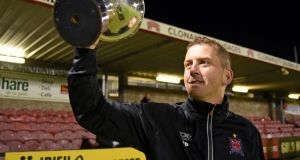 Cork City may not be the usual title threat, but Dundalk will head to Turner’s Cross on Friday night with very much the same sense of urgency they have had for corresponding games in recent seasons. Vinny Perth’s men have gone seven games unbeaten of late, but any sort of slip up and Shamrock Rovers could be back on top of the table by the end of the evening.

Both sides have problems to contend with. City have Garry Buckley suspended, while Dan Casey, Gearoid Morrissey and Graham Cummins all face late tests.

Robbie Benson, Jamie McGrath and the suspended Sean Hoare miss out for the visitors, while Daniel Kelly is reckoned to be a doubt.

Rovers look a little better fixed as they head to Belfield looking to get back to winning ways. Sean Kavanagh and Sam Bone are a couple of weeks away from featuring, but James Furlong returns from international duty and everyone else is fit and available.

The students have some exam time issues with the likes of Timmy Molloy, Dan Tobin and Kevin Coffey unavailable.

Bohemians are missing Ron Cornwall, Conor Levington and Danny Grant for their game in Inchicore where the hosts have Kevin Toner back from suspension.

Finn Harps put everyone else’s problems in perspective, though, with Ollie Horgan having four players, including his two regular centre backs, Keith Cowan and Sam Todd. suspended, and a string of other regulars, including Gareth Harkin and Mark Timlin, injured for the visit of Waterford.