He was a chip off the same granite block as Matt Busby, Bill Shankly and Brian Clough

The Dáil gave a standing ovation to the late Jack Charlton who was described as "the son of a miner, but who's contribution was major." Video: Oireachtas 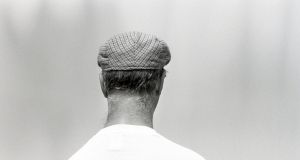 In his 2016 autobiography there’s a typical line from Jack Charlton. He saw someone drinking Coke and said: “What are you drinking that s*** for? Guinness is better for you . . .”

He might have been right, but Charlton liked to call things as he saw them. People could be “silly buggers”. He didn’t tolerate players who “fanny around on the ball”.

He forgot names. Ireland against Egypt, and the opponents’ midfielder affectionately became the dark lad in the centre. He did not seriously engage with the politically correct world, his Geordie ways worn like a badge of honour.

There was a directness and uncomplicated gruff exterior that was both quintessential north of England but also of his tough, tough generation. In almost every way, World Cup medal or not, Charlton would always be solid cloth cap and Stottie Cake to the sparkling artifice of a Cristiano Ronaldo.

Charlton was chipped off the same block of granite as Jock Stein, Matt Busby, Bill Shankly and Brian Clough, all of them brand names of their time, whose word was law, who nobody challenged and who became epochal figures.

When his younger brother Bobby was taken on by Manchester United, Jack was doing his national service with the Household Cavalry. Living in the village of Ashington, where the economy was entirely based on coal mining, and where his father worked underground, all four sibling brothers shared the same bed.

At the age of 15 Jack was offered a trial at Leeds United, where his uncle Jim was left back. But he turned it down to join his father digging for coal, which he did for a short time before realising how grim and dangerous it could be.

Stein, who became the first British manager to win the European Cup, with Celtic in 1967, worked as a coalminer while playing football part-time for Blantyre Victoria. Stein took future Manchester United manager Alex Ferguson under his wing when he became Scotland manager, but not before the icon of a club founded to alleviate poverty in the immigrant Irish population in East Glasgow became Celtic and Scotland’s most famous Freemason.

Almost from its inception, Freemasonry encountered considerable opposition from organised religion, especially from the Roman Catholic Church. While its teachings advised morality, charity and obedience to the law, in practice, some lodges were charged with prejudice against Jews, Catholics, and non-whites. How Stein managed that with Celtic, Ferguson explained.

“It is what Alexander Fleming did when he discovered penicillin in a wee laboratory. It is what Alan Turing did when cracking the Enigma code. That is one standard of greatness and Jock met it. The Lisbon Lions were brought up within 30 miles of Celtic Park. That was never done before Jock. It will never be done again.”

Long before Busby successfully followed Stein in conquering Europe with Manchester United in 1968, his home was a two-roomed pitman’s cottage in the mining village of Orbiston, Lanarkshire. Busby would accompany his father down into the coal pits and eventually he got a full-time job as a collier, while playing football part-time for a junior side Denny Hibernian.

Shankly, who found a Liverpool team mired in the second tier of English football, drove them to becoming aristocracy with three league titles, their first FA Cup and their first European trophy, the Uefa Cup. But, like Stein, Busby, Clough and Charlton, Shankly did more than collect trophies. He created in Liverpool something that wasn’t there before. It was metaphysical.

Shankly was born in the Scottish mining village of Glenbuck, Ayrshire. After leaving school at 14, he and brother Bob worked where everyone did, at the a local mine for two years until the pit closed. In his autobiography, he described mining as physical hardship among the rats and the constant filth.

The sixth of nine children, Clough was brought up in a council house in Middlesbrough in Yorkshire and in the 1950s did his national service with the RAF. An outspoken maverick with his homespun wisdoms, Clough was stalked by controversy throughout a career complicated by a struggle with alcohol.

But the lifelong socialist, who often joined miners on picket lines and was twice asked by Labour to stand as a parliamentary candidate, delivered, among a slew of other titles, back-to-back European Cups to Nottingham Forest in 1979 and 1980.

All five managers, born before the second World War, were cast in mining coal, military service or both. All were hard-bitten men drawn into football from narrow lives defined by poverty and little opportunity. All had strong ruthless streaks and sometimes heartless methods.

His passing also brought to an end a football hardwood, its history ingrained in every line

Charlton’s humiliating removal of 71-times capped Liam Brady after 35 minutes in Ireland’s 1-1 draw with West Germany in 1989 prompted Brady’s retirement just hours later. Charlton afterwards, without blinking or questioning his decision for a second, said he should have taken Brady off sooner.

In losing Charlton last week it was not just the passing of a monolithic and complex figure who delivered genuine joy to thousands of football fans in Ireland and England. His passing also brought to an end a football hardwood, its history ingrained in every line.

Ferguson, the former shipyard worker born into a Glasgow tenement, carries most of that stout DNA and status. But it doesn’t take away from the fact that Charlton’s removal from the scene last week seemed less like a passing and more like the extinction of an era.

1 Ken Early: Handball ‘crisis’ a timely distraction from the grim bigger picture
2 The Offload: Springbok heavyweights heading for Pro14
3 All in the Game: No sympathy from Bruno Fernandes
4 GAA Championships await and we need a button for the buzz of the crowd
5 Lewis Hamilton: ‘They’re trying to stop me, aren’t they’
Real news has value SUBSCRIBE
Crossword Get access to over 6,000 interactive crosswords