Martin O’Neill leaves Damien Delaney out in the cold 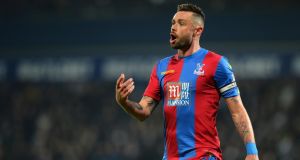 Damien Delaney has been omitted from Martin O’Neill’s squad for the upcoming friendlies against Switzerland and Slovakia. Photo: Tony Marshall/Getty Images 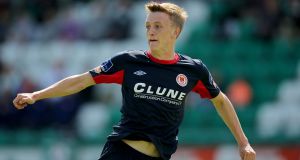 Martin O’Neill appears to have drawn a line under the exclusion of Damien Delaney from his international squad, killing off any chance of a return by the Crystal Palace defender for this summer’s European Championships as he named a 40-man squad for this month’s friendly internationals against Switzerland and Slovakia.

“I’ve got six defenders,” said the manager, starkly, when asked about the Corkman. “There are people who have done brilliantly in the qualifiers and I’ve got one or two lads like Shane Duffy who I feel have international football ahead of them. Damien is 35. Shane is not.”

O’Neill had previously appeared to leave the door open to Delaney to return to the group as long as it was understood that there would be no guarantees with regard to game time. But the tone of his comments this afternoon at Abbotstown suggested that, assuming the northerner sticks around after the championships, the former Cork, Leicester and Hull City star’s international career is at an end.

For a few others, it might be about to start with Chris Forrester, Jonathan Hayes and Matt Doherty amongst the uncapped players named in an extended squad that is likely to be cut back somewhat between now and the week of the games.

Asked about Forrester, who has made quite an impact for Peterborough since moving there from St Patrick’s Athletic last year and who starred in a recent FA Cup match against Premier league side West Brom, O’Neill was enthusiastic: “He’s done very wel. I’ve only watched one of the games but the reports I’ve had have been very positive.”

Hayes, a winger who plays in the SPL with Aberdeen, has also impressed with O’Neill suggesting that he should be able to cope comfortably enough with this first step towards the international game. Adam Rooney misses out on this occasion due to injury.

In addition to the extended squad, O’Neill says that he will invite a couple of Noel King’s Under-21 squad in to train at least once with the seniors. Jack Byrne, currently on loan to Cambuur in the Netherlands from Manchester City and Alan Browne of Preston North End both got mentions.

“He’s doing very well,” said the manager of Byrne. “I’ve not seen him personally but from the DVDs, obviously he’s doing very well. He’s one that you definitely feel should come through. He’s got the talent and he’s gone out on loan to get some experience.”