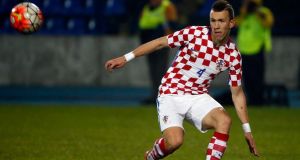 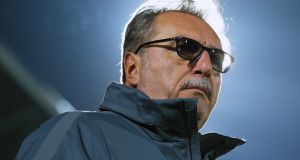 Ante Cacic has silenced his critics by leading Croatia to Euro 2016. Photograph: Getty 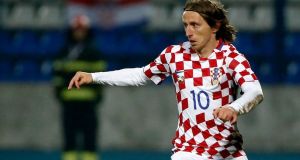 Coach Ante Cacic may have dug something of a hole for himself by predicting that his side can rival the achievement of the outstanding Croatia side that finished third at the 1998 World Cup, but his side should still be capable of making a bit of impression here. They came through a qualification group that included Italy - who they drew with twice - and their only real blip was a defeat in Norway. Overall they scored more goals than the Italians and conceded fewer, with Inter’s Ivan Perisic emerging as the group’s top scorer. Their midfield is certainly a creative looking unit with the likes of Luka Modric, Ivan Rakitic and Perisic generating plenty of problems for opponents who may already have their hands full with Mario Mandzukic. There are some really impressive youngsters too, with Alen Halilovic and Mario Pasalic of Barcelona and Chelsea respectively both having the potential to make a bit of an impact if given the opportunity. Having lost out with Ireland in a tougher group in Poland, their third game here is against Spain again but this time it may well be to decide top spot.

Not all plain sailing. After being deducted a point for racist incidents in their game against Italy, as well as having to play two matches behind closed doors, the fate of Croatia’s qualification campaign came down to the very last match. Needing a win away to Malta and for Italy to do the business against Norway in Rome, the Croats got exactly what they wished for. Late goals from Alessandro Florenzie and Graziano Pelle saw Italy come from behind to beat Norway, while Croatia themselves scraped out a 1-0 win in Valetta.

The Croatia manager is one of a rare breed of managers in that he never played professional football. Cacic instead graduated from the University of Zagreb with a degree in physical education. Since then he has enjoyed a long managerial career which has included spells at Dinamo Zagreb, Croatia under-21s, Libya and, since last year, the Croatian national team. Given his lack of pedigree in the game the appointment of Cacic was greeted with much controversy in the Baltic nation. However he quickly silenced the doubters by leading them team to this year’s tournament.

Juande Ramos’s tenure at Tottenham Hotspur isn’t remembered fondly but one of the first and best things he did was to sign Luka Modric from Dinamo Zagreb. Both Ramos and Modric have long since left White Hart Lane and had spells at the Bernabeu - but only the Croat midfielder can consider his Real Madrid career a success. Modric is in many ways the perfect all-round midfielder. Full of craft and guile he is also a dog when he needs to be, while also bringing the odd long-range howitzer to the table. Will form an elite midfield pairing with Ivan Rakitic.

One to watch: Ivan Perisic

The 27-year-old Internazionale winger was Croatia’s top scorer in qualifying with six goals. Formerly of Borussia Dortmund and Wolfsburg, Perisic has fitted right into the Inter team where he has become the assist master. Hard-working and extremely gifted, Perisic and has quickly become a fan favourite at the San Siro, helped by the fact that he has already bagged nine goals for the Italian club. How long he remains in Milan is up for debate, however, with new Chelsea manager Antonio Conte believed to be interested in taking him to Stamford Bridge.

“The Croatians are very unimpressive. They had that guy Davor Suker playing for them. That’s a terrible name. They could only suck with Suker!”