Sterling’s statement tells press we must do more about racism 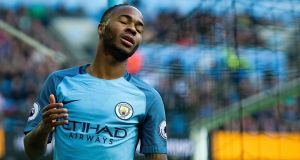 Before going into football journalism full-time I spent a few years on the news beat for various British tabloid newspapers. That may surprise a few people because, outside the industry, there seems to be a perception you are either one or the other: broadsheet or red-top, luvvie or rotter. But it doesn’t actually work like that. I worked for a freelance agency in the Midlands, covering for virtually all the national titles, and there was no room for journalistic snobbery for a young reporter with a provisional driving licence and 40-words-per-minute shorthand.

But it was definitely an eye-opener. One story was of a car being stolen in Leicester while, unbeknown to the thief, a baby was strapped into the back seat. The car was still missing and the police had organised a press conference for her mother, who had not been identified, to make a public appeal. It was a big story and there were a lot of national newspaper journalists in attendance. But I can still remember the awkwardness when she came in and the vibe from several reporters – not just the tabloids – that there was an issue, news-wise. The woman in question wasn’t white. She was Indian and that was a problem, I was told, because the relevant newspapers might no longer think it was a photograph, or story, their readership wanted.

As I say, it was an eye-opener. And I guess, if you want to be critical of me, I didn’t really think I had any choice but to go along with it. I was new to the business, with no real voice or status, and I loved, absolutely loved, the good bits of journalism: the breaking of news, the thrill of seeing your words in print, the old quote from Philip L Graham, publisher of the Washington Post, about newspapers being the first rough draft of history. The good far outweighed the bad and, 20 years on, it still does.

At the same time, it is not always easy to defend the newspaper industry. There was another jarring moment for me in those early years when it was pointed out that the red-tops didn’t tend to run photographs of people with learning difficulties. Again, it boiled down to what they thought their readers wanted.

It felt like an ingrained culture, operating to an unwritten set of rules devised by the people at the top. That was the way it was in the late 1990s – the way it had always been, and probably the way it would be for some time to come.

All of which gives me a little bit of insight when it comes to the point Raheem Sterling is trying to make about newspapers needing to take a look at themselves, as opinion-shapers for an audience of millions, if they are guilty of treating black people differently to white ones. And why, if the newspaper coverage is slanted that way, nobody should be too surprised by the abuse he took at Chelsea on Saturday.

At least the Daily Mail – one of the newspapers that is held up, more than any other, as a serial offender – was honest enough to acknowledge that part of Sterling’s statement, whereas the Sun’s online team, true to form, airbrushed out all the relevant parts. Which is not just sneaky and pathetic but reinforces what Sterling says: that some elements of the media have created a caricature of him, that they don’t want him to have his own voice and that they are the ones with the problem, not him.

Perhaps you may also have seen Paul McCarthy’s views on the subject, as Sterling’s former media advisor, and the story he told about once challenging one of the tabloid reporters who kept writing about the Manchester City player.

In particular, McCarthy wanted to know why the coverage was far more restrained when another City player, Sergio Agüero, hired a private jet to go to a concert in Amsterdam, where he was involved in a car accident and broke a rib, two days before a game at Chelsea.

“My argument was, had it been Raheem, he would have been denounced and accused of living the ‘bling’ lifestyle … and made a scapegoat whereas Agüero didn’t receive anything like the same level of opprobrium,” McCarthy wrote on Twitter. “Despite a lengthy discussion, the reporter couldn’t give me any answer other than, ‘Well, you know, Raheem should expect it. That’s just how it is.’”

Until seven years ago McCarthy was in the world of tabloid sports journalism himself and he also made the point that it was difficult for him to criticise the industry. “But we cannot ignore the fact elements of the newspaper industry propagate covert and overt racism. Not against ALL young, black footballers but those who don’t fit into an historic white, middle class view of ‘knowing their place.’ I’ve thought long and hard about this series of posts [going public] because I don’t want to be accused of biting the hand that fed me for many years. But I’ve seen it from the other side and I’m distinctly uncomfortable with the kind of attitudes that see somebody like Raheem as ‘fair game’.”

It certainly isn’t pleasurable, and won’t make me particularly popular, to question my own profession. What was it Malcolm Tucker said about the Guardian being “the newspaper that hates newspapers?” Not here. I love newspapers and, in 20 years, it is also worth pointing out there has been only one occasion when I have heard, indirectly, about a football journalist being openly racist. He was excommunicated by the press corps and I have not seen him for years.

Equally, it is not a surprise if the newspapers are guilty sometimes of what I would describe as subconscious racism and bias when, to quote Stan Collymore, we are talking here about “4,000 white, middle-class sports journalists adding their ‘we feel your pain’ bullshit”, A bit of a generalisation, to say the least, but the dynamic is certainly skewed if you consider that almost half the England players at the World Cup were from BAME backgrounds and then tot up the number of black journalists sent by English newspapers and agencies. Two, by my reckoning, out of a total of nearly 100.

In 2016 one study found there were eight BAME faces among the total of 456 UK print and broadcasting staff who covered the Olympic and Paralympic Games, Euro 2016 and Wimbledon. And I am not sure the numbers will be greatly different in, say, 2020 either. I am told only a very small percentage of the students on sports journalism courses are non-white.

What I don’t know are the reasons why. That may be the biggest issue here when, plainly, if there was more diversity in the newsrooms it might shape the thinking differently. Perhaps, for starters, the fact Chelsea have a separate investigation under way into allegations of a racist bullying culture inflicted by their youth-team coaches Graham Rix and Glyn Williams in the 1990s (both of whom deny everything) might have found its way on to more back pages. The story did, after all, lead ITV’s evening news, featured prominently on BBC News at Ten and was a splash in the Guardian. Yet it has been ignored all year by virtually every other newspaper. Why is that? Why did Eni Aluko have to endure so much victim-blaming on the sports pages when Mark Sampson, the then England Women’s manager, made racially offensive remarks to her and Drew Spence? Why did one former black player, with knowledge of another racism scandal, admit to me recently he would rather tell his story anonymously than go public and risk certain newspapers depicting him as a troublemaker?

It was only last week that Rod Liddle asked on page 13 of The Sun whether a black MP and her baroness mother would “be in the positions they are now were it not for the colour of their skin?” How can such a wretched dimwit keep finding work? And why do we now have various sportswriters grandstanding on Twitter when the same people have virtually ignored all the big racism stories to afflict modern football?

Collymore’s argument is that nothing will be done because the lesson of history shows nothing ever is done. It is a Champions League week and soon the back pages will be filled by orthodox football stories. He is probably right, too. But when he argues Britain is “as it was in the 1970s” that is not the case in football terms when you consider that, back then, it was not just one bloke at Chelsea, or ten of them, but hundreds of the bastards, maybe even thousands, with the National Front handing out leaflets outside, and a hate campaign directed at one of their own players when Paul Canoville became their first black footballer in 1982.

What is acceptable, and what is not, has changed immeasurably even in my time if you remember how David Baddiel and Frank Skinner used their television show to ridicule Jason Lee, the Nottingham Forest striker, about “the pineapple on his head”. Baddiel even used to “black up”, Minstrel-style, but I don’t recall any of the outrage this would attract now and one of my first entries into football journalism (of sorts) was to get hold of Jamie Lawrence, then of Leicester City, for a piece in which he insisted he was the “original Pineapple Head”.

It would never happen now and, frankly, it is pretty embarrassing for me to tell this story in 2018. But in my defence Lawrence saw the funny side. Leicester’s press office arranged everything and Lawrence even posed with a pineapple the photographer had bought from Leicester market.

Different days, indeed. And, 20 years on, at least it is a reminder sports journalism has, contrary to what some people think, tried to move with the times. Just not quickly enough, judging by the disparity between what you will see on the pitch and what you will find in the press box. – Guardian service