Clubs have a much shorter time to sign players, coupled with World Cup just ending 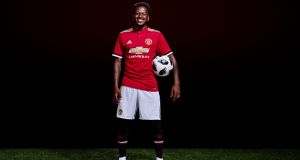 There are only three weeks until the Premier League transfer window closes, the day before the season begins and 22 days before top-flight clubs in France, Germany and Spain are obliged to put their own chequebooks away. The early deadline, agreed last September, represents a massive change to the rhythm of Premier League summers; last year clubs in the English top flight completed more deals in the 24 hours of transfer deadline day (17) than they did in the last two weeks of July (16). This summer all that activity and a great deal more will have to be compressed, like clowns in a mini, into an uncomfortably small space.

Despite that, clubs have been slow to adapt to their new system. Fewer deals have been completed this summer than in the same period last year, with Premier League clubs unfamiliar with their newly constricted calendar and constrained to an extent by the World Cup yet to change their ways. With time running out the industry is braced for a three-week spree of unprecedented proportions as officials suddenly find themselves in a rush, rather than in Russia.

“It’ll be like January, where everything happens in the last 10 days,” says Leon Angel, chairman of Base Soccer, whose clients include Kyle Walker, Jack Wilshere and Aaron Ramsey. “The activity in the market has been very slow recently, which I think is because of the World Cup. That’s quite normal. But I think the clubs haven’t got to grips with the fact that they’ve got only three weeks left.”

When Liverpool signed Fabinho from Monaco on May 28th and over the following few weeks Manchester United agreed deals for Fred and Diogo Dalot while Arsenal brought in Stephan Lichtsteiner from Juventus and Bernd Leno from Bayer Leverkusen, it seemed clubs were determined to complete their transfer business early. But that momentum has stalled: Burnley, Everton and Tottenham are yet to sign anyone while Bournemouth, Chelsea, Crystal Palace and Manchester City have brought in one player each.

“Some deals are always done by early June and that happened this year in the same way as previous years,” says Angel. “For example Manchester United signed Fred, which was all tied up before the World Cup started. But the last few weeks have been particularly quiet, I would say. Premier League clubs are used to coming back for pre-season at the start of July, not having to think too much about transfers for a few weeks, and then doing their business in August. However, we have certainly seen an upturn in activity that would not normally occur in the first couple of weeks of July.”

Premier League clubs voted by a margin of 14 to five, with one abstention, to bring forward their incoming transfer deadline. Italy’s Serie A will experiment with a similar rule, though given their season starts later they will be able to sign players until August 17th. Teams will still be able to sell players abroad, with clubs in most European leagues open for business until August 31st and a few – those in Portugal, for instance – unshackled until mid-September.

The decision was intended to reduce the uncertainty that can undermine players hoping still to complete moves after the season starts, with the decision taken while memories were fresh of the 2017-18 campaign’s troubled opening exchanges. Last August found several high-profile players caught in an awkward twilight zone: Virgil van Dijk was out of the Southampton team amid rumours of a move to Liverpool, Philippe Coutinho was agitating for a move to Barcelona – both transfers were eventually finalised in January – while Gylfi Sigurdsson was absent from the Swansea team in advance of his switch to Everton. Meanwhile Alex Oxlade-Chamberlain played for Arsenal in a 4-0 defeat by Liverpool on August 27th, four days before he pulled on a Liverpool shirt himself after moving to Anfield. This year players should not be troubled by such conflicts.

The great danger for English clubs is that they fail to sell unwanted players before the window closes but are nevertheless forced to complete deals for their replacements. This would leave them in an abysmal negotiating position as they then seek to rid themselves of the sidelined squad members. Clubs from elsewhere in Europe will, by August, be emboldened to submit cut-price offers to now-desperate employers. Indeed, one of the reasons for the slow pace of this window may be that clubs likely to profit in this scenario are tactically delaying their bids while they wait for prices to crash in a few weeks’ time. “It’s a good idea to close the window before the season starts but only if every country does it on the same day,” one Premier League director of recruitment says. “What we’ve done has given all the other clubs an advantage.”

Over the next two months much will be discovered about the effects of the new system and the best tactics to exploit it. “People will learn,” says Angel. “Next year there won’t be a World Cup and people will realise that this is too short a period. It’s a learning curve. I don’t think people have really thought about it. But they’ll see the difficulties they encounter this year and they’ll probably look to do things a bit differently. I think next year will be very different.” – Guardian service