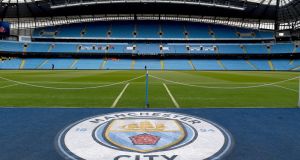 Manchester City are to accept a charge of breaching of anti-doping rules.

City were charged by the Football Association earlier this month following an alleged third violation of rules concerning ‘club whereabouts’ in the space of 12 months.

No specific details have been given but it is understood the charge is one of misconduct relating to the club in general rather than any particular individuals.

It is thought the club could now face a fine. City, who had until 4pm on Friday to respond to the charge, have not commented on the matter.

Clubs are required to keep the FA informed of the location of their players in order to facilitate drug-testing. This would include providing the times of training sessions, home addresses of players or other addresses where the team may stay overnight.

Rules state a breach occurs “if the information contained in such reports is either initially inaccurate or has not been updated by the club as necessary to ensure it remains accurate”.

A “three-strike” policy is operated, meaning that a charge is only triggered after three infringements in the space of a rolling one-year period.

The sanctions City face will be determined following a hearing in front of an independent regulatory commission. That could take place within the next fortnight.

The charge is of a breach of FA rules only and is not under the jurisdiction of the World Anti-Doping Agency or UK Anti-Doping, who do not deal with team violations.