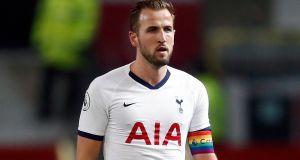 Manchester United are redrawing their transfer strategy because of financial uncertainty caused by coronavirus and accept it will leave them unable to buy a striker as expensive as Harry Kane.

A proven goalscorer of the quality of Tottenham’s centre-forward is among prospective targets for Ole Gunnar Solskjær. In a regular summer United would make the money available for the manager to consider a move for the 26-year-old, who has said he will not stay at Spurs “for the sake of it” if he does not feel his boyhood club are going in the right direction.

Yet with Kane under contract until 2024 he would cost in the region of £150m – a fee that has become unrealistic for United because of the lack of clarity on budgets amid Covid-19.

Although Premier League clubs have discussed a return on the weekend of June 13-14th this is a best-case scenario, with a worst-case modelled on no return until October. If the season resumes behind closed doors millions of pounds of match-day revenue will be lost; if no games are played the hit to revenue will be far more substantial, notably because of missing broadcast money.

United have four home league games remaining and five away matches. Solskjaer’s side also have a Europa League last-16 second leg at Old Trafford against LASK, though with a 5-0 lead they can all but count on at least one more home match. Uefa wants to conclude the competition in August, along with the Champions League.