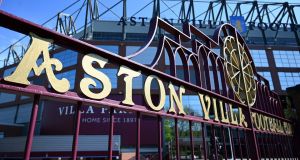 The number of footballers reporting symptoms of depression has doubled since the sport shut down because of Covid-19, a survey by the global players’ union, Fifpro, has found. Anxiety symptoms have also risen amid significant concerns about the long-term impact that coronavirus may have on the football community.

Fifpro’s study of 1,602 professional players, conducted between March 22nd and April 14th, discovered that 22 per cent of 468 female players and 13 per cent of 1,134 male players reported symptoms consistent with a diagnosis of depression. It also found that 18 per cent of the women and 16 per cent of men reported markers of generalised anxiety. England, Scotland and the Republic of Ireland were among 16 countries – all of which have implemented drastic measures to contain Covid-19, such as home confinement – whose footballers were surveyed.

It is a troubling rise when set along another Fifpro study, conducted in December and January while football seasons were still active in most locations globally, involving a smaller set of 307 players. Back then, 11 per cent of the women and 6 per cent of the men reported symptoms characteristic of depression. Scientific research generally finds women report depression and anxiety in higher numbers than men.

Fifpro said that players who felt worried about their future in football were significantly more likely to report depression or anxiety symptoms. Although footballers at the very top level may find themselves financially secure, the average contract length globally is less than two years and the majority experience the same financial considerations as those in other walks of life.

Economic uncertainty may partly explain the rise in depression symptoms but other factors are thought to be involved. The mean age of those surveyed was 26, among the male players, and 23 among the female players. Many footballers are young adults who are living, in many cases alone, in foreign countries without families in close proximity. Such an uncertain time appears to be taking a toll on mental health.

“In football, suddenly young men and women athletes are having to cope with social isolation, a suspension of their working lives and doubts about their future,” the Fifpro chief medical officer, Dr Vincent Gouttebarge, said. “Some may not be well equipped to confront these changes and we encourage them to seek help from a person they trust or a mental health professional.”

More than 75 per cent of those surveyed said they had access to sufficient resources and support to aid their mental health. Fifpro is developing a mental health toolkit to provide basic primary care for footballers.

There is no suggestion from Fifpro that its members’ concerns are more severe than those of people in other areas. Rather, it believes the results of the survey – conducted with Amsterdam University Medical Centres – is a reflection of problems in broader society and confirms that a vast number of footballers are affected similarly.

The union wants to stress the social responsibility that comes hand in hand with economic decisions made on the nature of football’s continuation, and that it is far more than a question of an entertainment industry returning.

“These findings ... underline how important it is that football stakeholders work together during these uncertain times by making collective agreements that maintain social stability and relieve pressure for all employees in the industry, including the players,” the Fifpro general secretary, Jonas Baer-Hoffmann, said.

Baer-Hoffmann emphasised that Fifpro was not using the survey’s findings as an argument to rush into resuming the football season. Only a resumption in a safe environment in which players felt comfortable and secure would reduce the number of stressors that can contribute to depression and anxiety, he said. – Guardian

1 Jackie Tyrrell: Winter is here and a machine-gun Championship awaits
2 Barbarians match in doubt after 12 players go on unauthorised night out
3 Irish duo set for AFL Grand Final as sport lifts the gloom Down Under
4 Colin Byrne: Hard to understand how golf has become the bogey man now
5 Fresh faces and renewed appetite: Is this a new era for Irish rugby?
Real news has value SUBSCRIBE
Crossword Get access to over 6,000 interactive crosswords