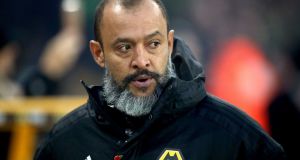 Solihull Moors have been handed a dream FA Cup third round draw against Premier League aristocrats Arsenal if they can get past Blackpool.

The National League outfit, who drew 0-0 with the League One Tangerines in the second round on Friday night, have been given the best possible incentive as they prepare for the replay.

Speaking minutes after the draw on Monday evening, sporting director Mark Fogarty told BBC1: “We’re just delighted, really, delighted. Regardless of even whether we get past Blackpool just to be called out alongside Arsenal is just fantastic.”

Asked if the tantalising prospect of the Gunners heading for the Automated Technology Group Stadium piled on the pressure, Fogarty added: “Possibly, but our unit, our team are very strong-minded anyway and I don’t think Tim Flowers will allow them to get like that. I will, but I’m not sure he will.

“I’m delighted and excited, but he will have them all in their place and we have got a job to do first.”

National League North Southport too have an enticing prospect in line if they can get past League Two Tranmere with Arsenal’s North London rivals Tottenham drawn to face the winners.

Leicester, Premier League champions in 2016, will travel to either National League Wrexham or Newport of League Two, while Watford are also on the road at National League South Woking.

However, there are home ties for Manchester United against Reading, Manchester City against Rotherham, Chelsea against Nottingham Forest and Newcastle against Blackburn.

Everton also avoided a trip away after being drawn to face League Two Lincoln, who reached the quarter-finals as a National League club two seasons ago, at Goodison Park.

Imps director David Lowes said: “That’s a great draw, isn’t it? Our chairman, Clive Nates, actually Everton is his second team, so he’ll be quite pleased with that as well, I’d suggest. But we’ll go there and we’ll give it a go.”

There are two all-Premier League ties with promoted Wolves hosting high-flying Liverpool, while Bournemouth and Brighton will clash on the south coast.

Either Walsall or Sunderland will make the trip to Bolton, Hull head for Millwall and Brentford will play host to Oxford.

Ties to be played January 4th-7th.