Code is an attempt to increase gender and ethnic diversity, Southampton abstain 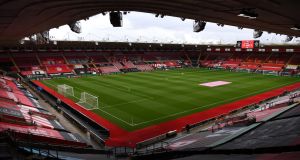 Southampton are the only Premier League club who havent signed up for the English FA’s new diversity code. Photograph: Andy Rain/Getty

A plan to increase ethnic and gender diversity within the top echelons of football launched on Tuesday with the backing of Premier League clubs.

The Football Association’s Football Leadership Diversity Code is an attempt to correct a glaring imbalance that “clubs and support structures off the pitch do not reflect the increasing gender and ethnic diversity seen on the pitch”. The voluntary code has been signed by 19 top-flight clubs, with Southampton the only exception.

England and a further 22 clubs – 19 from the EFL and three from the Women’s Championship not affiliated to professional clubs – have said they will adopt the code.

Clubs who agree to it will be expected to comply with targets on recruitment in roles across the sport, from executive level to coaching.

Recruitment processes will also change under the code, with a minimum of one black, Asian or mixed-heritage candidate to be included on the shortlist for any role, should they fulfil the job criteria.

Southampton say they agree with the principles of the code but are comfortable with not having signed up. Club officials feel they were not given enough time to evaluate the code before its launch and that their own status as the only top-flight club to meet the Premier League’s Advanced Equality Standard at the first time of asking means they are ahead of where the code wants to be.

A club spokesperson said: “Southampton FC are wholly supportive of the Football Leadership Diversity Code objectives. At this time the club consider its most appropriate course of action to wait and understand how a revised Premier League Equality Standard and the Football Leadership Diversity Code will work together and complement each other before revising our recruitment targets and already established processes.”

Paul Elliott, chair of the FA’s Inclusion Advisory Board, and driving force behind the code, said it would provide “tangible action” that would “drive change”.

“We believe the introduction of the Football Leadership Diversity Code will signal a long-term change for the English game,” he said. “The number and stature of clubs that have already agreed to join us on this journey proves that together, with clear goals, transparency and a desire for action, we can shape a better future together. We hope more clubs join us as we move forward.” - Guardian