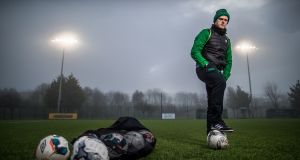 The former Chelsea, Newcastle, Fulham, Blackburn and Republic of Ireland winger will be the reserve team coach and former club captain McManus has been appointed the club’s under-18’s coach.

Duff, 39, joins Celtic from Shamrock Rovers where he was part of the first-team coaching staff as well as managing the under-15 side.

McManus, 36, who won three league titles, two Scottish Cups and two League Cups during his time at Parkhead, recently held a coaching position with Motherwell, with whom he finished his career.

Duff told Celtic’s official website: “I am absolutely delighted to join Celtic in this new role and be part of a club for which I have such huge respect.

“It is a massive honour to be given this opportunity and I am looking forward to playing my part in developing our young players of the future.

“We will be aiming to do all we can to create a good environment for our young players, to promote positive, attacking football, to play the Celtic way and make them ready for the challenges of first-team football.

“I can’t wait get started in my new role and do all I can to make a positive difference to some exciting players we already have at the club.”

“The passion and respect I have for Celtic is well-known and it really is a fantastic honour to join this great club again,” said McManus.

“I had the huge privilege of pulling on the Celtic jersey and enjoying some tremendous moments which will stay with me forever, playing on the highest stage and being part of a team that brought success and silverware to some of the best fans in the world.

“It was a real dream come true to reach the Celtic first team and now it will be an absolute privilege to work every day with our young players to see if they can live their own dreams, to wear such an iconic jersey and play their part in creating history for the club.

“I am really looking forward to this challenge and being part of Celtic once again.”

Celtic manager Brendan Rodgers said: “We are delighted to welcome Damien and Stephen to Celtic.

“Both men are real high-calibre individuals who have a huge knowledge of the game.

“We are really pleased they have agreed to join the club and I know the ability they have as coaches and the experiences they have, being part of top-level football for so many years in their own careers, will be of huge benefit to our younger players.”