Chris Coleman to forget Irish roots for 90 minutes of ‘business’

‘I’ll have a pint of Guinness after definitely, but beforehand it will be business’ 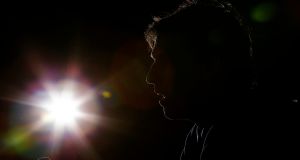 When all the drama is over at the Aviva Stadium late on Friday evening, following a World Cup qualifier against the Republic of Ireland that Wales can ill-afford to lose, Chris Coleman will find a quiet moment to enjoy a pint of Guinness and remember his late father, who was born and raised in Dublin and passed away a little more than three years ago.

Paddy Coleman died in December 2013, aged 74, and it was an emotional journey that his three children made to Dublin to scatter his ashes on the river Liffey, close to one of the city’s most famous watering holes and in a country that was always close to his heart.

“I took my two sisters over and Charlotte [my wife]came with me when we did it,” Coleman said. “It was his request. He always said: ‘Make sure that you do it there.’ So we did it outside the Brazen Head pub next to the river Liffey, which is the oldest pub in Dublin. It dates back to 1198 and the history is incredible and unbelievable. I thought it was poignant.”

Born in East Wall, Coleman’s father spent the first 20 years of his life in Dublin – Michael, his brother, still works as an artist in the Temple Bar area – before moving to south Wales. “He lived in Swansea for 50 years, he still had his Dublin accent and never changed,” said Coleman, smiling. “I used to take him back most summers for a few days. He would have a little roam around where he was brought up.”

Those roots meant that Coleman could have gone on to represent the Republic of Ireland, who are top of Group D and four points ahead of third-placed Wales in the race for a place at the World Cup finals next year. Yet that was not a path that he was ever encouraged to go down, even when Jack Charlton, who liked to cast his net far and wide, saw a window of opportunity.

“No, he never ever [wanted me to do that],” Coleman said when asked about his father’s views. “He always pushed me to play for Wales Under-15s, in my day. If you had shown a bit of talent then, you would play for south Wales against north Wales. It was all about playing for Wales. There was talk about [Ireland]when Jackie Charlton was manager of the Republic and there was a tentative phone call that came my way. But [my father]was always Wales.”

Coleman made his international debut in April 1992, not long after he joined Crystal Palace from Swansea, and will forever be grateful for the part that his father played in shaping a career that saw him go on to play 32 times for Wales and make more than 500 club appearances.

“He was a huge football man – he loved football,” Coleman said. “He was a good parent, a great father and brilliant with me. I started playing football at the age of seven and he was one of those who never raised his voice; he guided me. I watch parents sometimes on the touchlines at youth games and they are screaming and shouting, which is not the way to go. He was the opposite to that. He was always a quiet talker but massive for me as a youngster coming through. I wouldn’t have got to the different levels I got to without his guidance.”

To hear Coleman talk so proudly about his father it feels a crying shame that a man who was such a big influence on his life, and so passionate about football, never got to see his son’s finest hour at the European Championship finals last summer, when Wales exceeded all expectations by reaching the semi-finals. “He passed away three years ago,” Coleman said, “and unfortunately for him it was going wrong for me with Wales [at the time], so he never got to see us at the tournament.”

The fixture in Dublin on Friday will evoke memories of the family tribute in Ireland a few years ago, with Coleman now in a position to be able to smile about some of the traditions they followed that day, right down to pouring a pint of Guinness in the river Liffey. “That’s a done thing there, especially where he is from. I wasted a whole pint – it was €8,” Coleman said, laughing. “If I’m honest with you, I did have a little drop first.”

He will also raise a glass to his father in Dublin this week but not until the final whistle has blown in a match that carries huge significance for both countries. “I’ll have a pint of Guinness after the game definitely, and that will be remembering him,” Coleman said. “But beforehand it will be business.”

1 Gordon D’Arcy: the next fear for Irish rugby is England in Twickenham
2 David Moyes discovered positive test an hour after arriving at London Stadium
3 Seán Moran: Fallout from Tyrone final celebrations will concern GAA
4 How Dundalk’s opponents Sheriff started on wrong side of the law
5 Pro14 teams need private planes to keep show on the road
Real news has value SUBSCRIBE
Crossword Get access to over 6,000 interactive crosswords