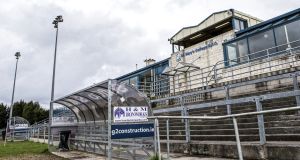 Champions St Michael’s are intent on making it two-in-a-row in the Senior Cup and it will take something special to stop them on the evidence of how they eased past Temple Carrig at Templeville Road on Thursday.

Vinnie Murray Cup qualifiers Temple Carrig were as brave as could be expected in the face of real quality coming at them.

Lee Barron got the ball rolling with the first of his two tries to go with two more from prop Jack Boyle and another from centre Simon O’Kelly as St Michael’s led 29-0 at the break.

The holders did clear their bench in the second half and still added 38 points as Boyle completed his hat-trick and lock Stephen Woods, fullback Chris Cosgrave, wing Ed Kelly and replacements Luke Russell and James Nicholson rounding off the 11-try haul.

The Greystones school was already in bonus territory after qualifying for the Vinnie Murray final against The King’s Hospital, a major achievement given this is their first year to even have sixth years in the new school.

St Gerard’s moved comfortably into the Leinster Schools Senior Cup quarter-finals in the biting cold at Templeville Road on Thursday.

Vinnie Murray Cup qualifiers King’s Hospital had the advantage of three matches to find their form, but they struggled to contain the Bray school.

The combination of St Gerard’s superior physicality and King’s Hospital’s struggles at the breakdown ceded the momentum to the winners.

Scrumhalf Saul Fitzpatrick was the first to make a breakthrough for Gerard’s for Patrick Burke to convert, the outhalf adding a penalty for a 15-5 lead at the break.

Although KH did respond through a try from left-wing Adam Bagnall, St Gerard’s forged ahead in the second period with centre Callan O’Reilly picking up their third try.