Shannon deducted a point by IRFU for breaching regulations 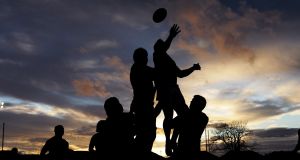 Shannon have been deducted a point following an appeal hearing of the IRFU club affairs committee on Tuesday night to further investigate a breach of Rule 6, which governs union ‘regulations relating to the registration, eligibility, movement and payment of club players’.

The Limerick club contravened a rule in bringing to Ireland at their expense a New Zealand-born player who is no longer with Shannon. The rule stipulates, among other things, that club players cannot be paid to play by a club and can derive no ‘material benefit’ from playing.

The IRFU’s regulations decree that material benefit “means money, consideration, gain, gift or other benefit or advantage whatsoever (to include but not limited to provision of accommodation whether residential or otherwise, or payment of or contribution to rent, reimbursement or discharge of loans, whether student or otherwise, provision of a vehicle for the player’s use) promised or given to a player or any third party, directly or indirectly or in a fiduciary capacity on behalf of such player, whether in cash, in kind or otherwise, by a club or any third party for having participated in or undertaken or agreed to participate in any game of rugby football (including, for the avoidance of doubt, any win or performance related bonus).”

Shannon’s primary infraction was to pre-pay the New Zealander’s airfare while also helping him to secure a job and accommodation. The player in question is an Irish passport holder. He played five matches for the club, none of which were in the AIL nor was he ever included in a matchday squad for that particular competition. His last appearance was a 15-minute cameo in a Munster Senior Cup semi-final against Garryowen.

He returned to New Zealand in late November due to a family bereavement, indicating that he would return but subsequently changed his mind. He contacted the IRFU complaining that Shannon, amongst other allegations, refused to sign a player release form; the club is adamant that was not the case. That specific issue has since been resolved.

The IRFU club affairs committee called Shannon to a hearing on February 13th at which the club accepted that they had been guilty of a breach of the rule relating to ‘material benefit’. The union committee imposed an eight-point deduction, suspended for three years, and a €6,000 fine, €3,000 of which would go to the IRFU Charitable Trust.

Shannon appealed the decision based on the severity of the first ruling and on Tuesday night the IRFU club affairs committee heard the case. The upshot was that the eight point deduction, suspended for three years, was changed to a one-point deduction, effective immediately, and a €3,000 fine, into which the appeal cost (€500) would be assimilated.

Shannon are currently second last in All-Ireland League Division 1A with two matches to go in the current campaign and are now level on points with the bottom side Terenure College, following the deduction. The club finishing last at the end of the regular season will automatically be relegated to 1B, while the side finishing second-from-bottom will enter a relegation playoff. Shannon play Young Munster, two points ahead of them, in the penultimate round of fixtures on Friday week.

Shannon issued the following statement: “At a recent meeting in Dublin with the IRFU club affairs committee, Shannon RFC were deemed guilty of breaking Regulation 6. Shannon appealed the decision based on the severity of the sanction imposed. The player in question did not play for Shannon RFC in the AIL and did not receive payment in return for playing for our club.

“On appeal the decision was made to issue Shannon with a fine and deduct one AIL point with immediate effect. Given the facts presented to the IRFU, Shannon RFC are totally disappointed (and) disillusioned and strongly disagree with the decision.

“Club rugby being our priority we are aware that we have two very important matches ahead. We are now putting our focus towards finishing the league on a high and maintaining our status in Division 1A.”

To suggest that Shannon are alone in breaching the ‘material benefit’ rule as per the union’s findings is laughable but the ruling is a significant warning to the Irish rugby clubs.