Q&A: What sports TV package is best for me and how much will it cost? 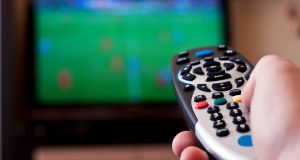 I want to watch all of the sport, how much will that cost me?

For the first six months a Sky digital subscription, Sky Sports and Sports Extra will cost you €46, rising to €92 after six months. You’ll then also need Eir Sport for all of the Pro14 and every game in the Rugby World Cup so that’s an extra €29.99 per month. If you want to add all of the horse racing you will also need Racing TV which is currently on special offer for €15 a month until December, €31 a month after that. So, in total, for all of the sport you could possibly want you’re looking at €90.99 per month for the first six months and €152.99 per month after that.

I’m only really into the rugby, which package is best for me?

Well, for the Rugby World Cup you will want Eir Sport as they are the primary rights holder with all 48 games. That’s a €29.99 monthly payment but there is no annual contract and you can cancel after two months so you could actually sign up only for the tournament, pay two instalments and then cancel.

However, if you want the Pro14 then you will need to stick with Eir for the season. Virgin Media will show nine Champions Cup games this season but if you want the vast majority, you will need BT Sport. For that you can sign up to Sky’s Sports Extra without getting Sky Sports. That will cost you €17 a month for the first six months, €34 a month thereafter. The Six Nations is free-to-air on Virgin.

I just want to watch football, what package is best for me?

If you sign up to Sky Sports and Sports Extra you will get all 233 televised Premier League games as well as every Champions League and Europa League match, Ireland friendlies and plenty of Football League.

Alternatively Virgin Media are currently running a special offer of €55 a month for broadband as well as Virgin Media Sport and Sky Sports. That will give you all of the Premier League games on Sky as well as all of the Champions League and Europa League on Virgin.

In terms of League of Ireland football, Eir Sport carries the vast majority. A subscription to Eir, as mentioned, is €29.99 a month but Eir Sport does also come free if you are an Eir broadband customer.

If I sign up to a package, how long am I tied into the contract?

This depends on the provider. For an Eir Sport subscription the fixed term is only two months and can be cancelled after that. For Virgin Media it’s a 12-month contract while Sky is the same.

I don’t want to pay for any subscriptions, what can I watch for free or are there any alternatives?

RTÉ still show all of Ireland’s football matches (outside of friendlies) as well as next year’s European Championships. They will also show one Champions League game per matchday this year – on a Tuesday – and some League of Ireland matches. ITV also announced last week that they will show weekly La Liga matches on free-to-air.

This summer RTÉ showed 31 live GAA matches. Rugby-wise they will show 14 games from the Rugby World Cup (including all of Ireland’s matches) while Virgin Media will broadcast every 2020 Six Nations match free-to-air. Virgin will also show nine games from this year’s Champions Cup free-to-air and one Champions League match per week on their free-to-air channel.

Sky also offer alternatives with their NowTV passes. For one day you can get all Sky Sports channels for €10, €15 for a week or €39 for a month.

If you don't mind watching on mobile you can get a great value alternative for €7 a month which gives you a NowTV pass with access to Sky Sports Premier League, Sky Sports Action, Sky Sports Racing, Sky Sports Arena and Sky Sports News. If you have a Google Chromecast you can cast those channels from your phone to the TV.