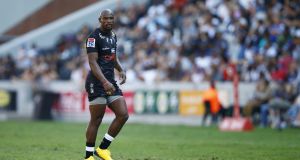 The Pro14 is back! Don’t worry about the lack of meaningful games in the opening rounds or the refusal to shift the Irish interpros out of the Christmas window because that is when mass gatherings are guaranteed, even though the public know full well all the best players will be in Ireland camp preparing for the Six Nations.

Not to worry, help is coming and sooner than you might think. And don’t fret about the ongoing strife between Virgin Media and eir Sport that denies 300,000 Irish households the ability to watch the games because next year’s broadcasting deal will be the sweetest of them all.

On Tuesday SA Rugby are going to transform the old Celtic League into The Pro16. The Sunday Times are reporting it as an “open secret” that the Stormers, Bulls, Sharks and Lions will be added in the coming days. That’s right, actual Springboks are coming to Europe in 2021.

Super Rugby was already abandoned in 2020 but this would put the last nail in that convoluted competition. If the development of the sport is a genuine motivation, then New Zealand and Australia will ensure that Japanese and Pacific Island franchises are also visible next year.

Joining the European club scene, especially the Champions Cup, is the logical move for South Africa (100 rand is €5). We are getting ahead of ourselves but imagine, instead of Leinster versus Dragons as an opening gambit, next season launches with the Sharks and Lions on a four match tour of Ireland while Ulster and Munster kick off with two weeks roaming between the high veldt and Cape Town.

Most of all it would legitimise a competition that - besides Connacht’s fairytale run in 2016 - has failed to capture the imagination of Irish rugby supporters.

Friday night at The RDS was an intimate affair. Just the players, coaches (including Andy Farrell, perhaps contemplating the promotion of Harry Byrne), match stewards and some of the hardest working journalists in Ireland. Same as the reopening of the Aviva stadium, temperature checks and social distancing were rolled out in a professional and safe manner.

Unfortunately there was no Dan Leavy - in what seemed the ideal environment to reintroduce the flanker to rugby after 17 months recovering from double knee surgery - but we did witness a fast paced Ulster A side stretching the hosts losing streak to two matches thanks to Bill Johnston’s 51-metre penalty before Craig Gilroy’s late try secured a 29-14 victory.

What else? Jack Dunne’s hair and body have grown into his six foot eight inch frame. We also await the arrival of Munster’s six foot nine inch Waterford lock Thomas Ahern. James Ryan and Ryan Baird are primed to become the long term Ireland secondrow partnership but they will need plenty of relief to survive the long road to France 2023. Dunne and Ahern certainly offer the necessary physiques.

The only shame about the RDS reopening is we do not expect another competitive match on the old horse track until Edinburgh visit for the Monday night experiment on November 16th.

“The press campaign will be skilfully orchestrated to create a bad buzz and it will have one objective: to present myself in your eyes as guilty.” World Rugby vice chairman Bernard Laporte claims the French prosecutors investigation into his relationship with Mohed Altrad and Montpellier is an attempt to spoil his reelection as FFR president.

76 - minutes is how long it took for Racing 92 outhalf Finn Russell to pick the Saracens lock and create Juan Imoff’s match winning try.

No Joy for Neville

We note each appointment of a Grand Slam winning number eight to the higher echelons of refereeing. Joy Neville finished up playing in 2013. She reffed a World Cup final in 2017. If she was a man she would be established on the global stage by now.

She even survived the rite of passage all touch judges must suffer; the hair dryer treatment from Johnny Sexton after the Michael Rhodes tackle in the Champions Cup quarter-final.

Maybe her achievements as a female player and referee of women do not count in the eyes of the male decision makers. It is unquestionably a faster paced game with professional male players more inclined to cheat, and while her appointment as the first female Television Match Official for a significant men’s Test match - presuming the Georgians don’t shoot any more of their players before facing Wales on November 21st - is to be applauded, we wonder why it is taking so long to give her the whistle.

Her 70 caps for Ireland and all the evidence we have seen since should be sufficient. Maybe she is not ready - we doubt that - and maybe she won’t be as good as Andrew Brace - we doubt that too - but the referee appointments for the autumn series leave a lot to be desired.

The resounding sound bite from the 20x20 campaign came from RTÉ’s Elaine Buckley: “Women have to achieve ridiculous levels of achievement in order to get basic levels of respect.”

Connacht coping with Covid case and injuries ahead of trip to Edinburgh 07:00
Dundalk quietly confident ahead of Europa League opener 06:00
Molde unlikely to see themselves as also-rans as they face Dundalk 06:00
Measured approach sees Ireland women’s rugby squad taking shape 06:00
Philip Reid: Hard to find the sense in closing golf clubs 06:00
Crossword Get access to over 6,000 interactive crosswords