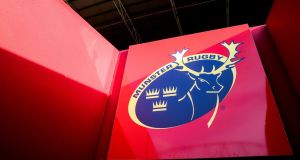 Munster have had no new positive cases of Covid-19 in their camp following a positive result returned last week by one of their academy players.

In addition all of the six players who were asked to self isolate as a precaution following the positive finding have commenced the testing process and have returned negative results. The players are all asymptomatic and continue to self-isolate.

The unnamed academy player who tested positive for Covid-19 and sparked a mini crisis in the camp, is also asymptomatic and is continuing to be monitored by the Munster medical team. He will follow a graduated return to rugby once the isolation period is complete.

The third scheduled routine round of PCR testing of staff and players took place in the high performance centre in Limerick on Monday morning. The Health Service Executive have been in touch with all potential close contacts of the positive player as well as the six players who were advised to self-isolate by the province.

It is hugely encouraging news for the Munster squad as preparations continued for Saturday night’s highly anticipated Pro 14 interprovincial derby against Leinster at the Aviva Stadium (7.35pm).

It is the first time the extended squad have gotten together since last Tuesday, meaning they have missed a significant few days of preparation before the Dublin meeting in the first match following the forced postponement of the Pro 14. None of the players on either team have played a competitive match for their province in almost five months.

The Munster team trained on Monday and Tuesday last week before a scheduled down day on Wednesday. Following the positive test for the academy player, who is part of the wider training group, no practice by the squad took place on Thursday and Friday.

1 Unanimous or unfair? Opinions divided on Sam Bennett’s Vuelta relegation
2 Ronan O’Gara: Ireland need to be braver than usual ‘in a shoot-out for gold’
3 Ireland can treat fans to some tricks on Halloween night in Paris
4 Jackie Tyrrell: We’ve got the championship back. But where’s the physicality?
5 Six Nations - France v Ireland: Kick-off time, TV details, permutations, team news and more
Real news has value SUBSCRIBE