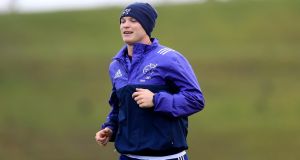 Darren Sweetnam will make his first appearance for the table toppers since sustaining a knee injury during December’s win against Leinster. Dave Kilcoyne, Tommy O’Donnell, Rory Scannell and Andrew Conway have all been released from Ireland camp to start against the Welsh side, who languish in 10th place having won just four of their 13 games so far.

Three of the Munster changes are in the backline. With Conway starting at 15, Jaco Taute moves back into midfield alongside Scannell. Francis Saili and Dan Goggin drop to the bench. Sweetnam starts on the wing in place of Calvin Nash, who’s in Italy with the Ireland U20s.

Kilcoyne comes into the front row at the expense of Peter McCabe, while Conor Oliver makes way in the back row for O’Donnell.