Owen Doyle: For many, the schools’ cup of nightmares is not missed

Much needed change in rugby must come from the top down, not from the bottom up 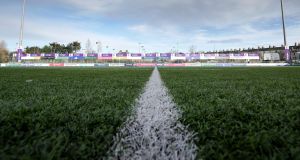 The Leinster Branch of the IRFU last year issued a warning to rugby schools competing at Donnybrook over the behaviour of fans. File photograph: Inpho

At this time of the year the schools’ cups are normally in full swing around the country, and it’s a crying shame that many kids will now not have the opportunity to live their dream.

On the other hand, for many parents watching them play has become the stuff of nightmares and worry. These worries are not just about current dangers, but now involve the potential for long term brain damage. Sadly, nightmare is the right word.

Others, as in all sports, are living their own dreams through their children. While that has ever been so, it is cringing to watch.

Winning has become everything.

Learning to lose, accepting defeat, being gracious to winners are attributes needed throughout life.

The behaviour by recent past pupils from several schools at matches last year showed an unhealthy presumed elitism which society and rugby do not need. Very thankfully, things were improved for the semi-finals.

Professionalism is the driver, and several schools are now valuable academies for Irish rugby. A nearly impossible feat but there were nine former players from one school, St Michael’s College, in a recent Leinster starting XV. Extraordinary.

Some years ago, the school set down strategic objectives, supported by serious financial investment. It is remarkably successful in its pursuit of rugby excellence which is to the ultimate benefit of the IRFU who will not wish to see such a deep well of talent dry up anytime soon.

So, how can the nightmare element be removed? The violence of collisions mirrors the professional game, and there must be a high probability that some concussions first occur in school.

In theory, there is a simple remedy - introduce a new set of laws to take the huge physicality out of the schools game. But, then you have something very different and no preparation for playing to a different tune after school. So, that doesn’t do the job.

Different laws could perhaps work in Junior Cup Rugby, and then at 16 start to play the full laws. But that brings us back to the physicality and the dangers returning at that age.

It would also increase the numbers who drop out at 16, when the aim should be to go in the opposite direction.

It is much more than just a serious problem for all unions and World Rugby. The future depends on the safety of all players, particularly young boys whose parents find themselves on the horns of an awful dilemma.

Head (that could read ‘Brain’) Injury Assessments, and concussions are piling up each week. If there can be agreement that it must stop, it is at least a starting point. Getting harmony around the table as to how to do it will be a mighty task.

Coaches at international level simply must win, and there are no indications that they have any desire to reduce the velocity and power of collisions. They appear to accept that the levels of attrition and injury are just inevitable, and begs the question of what exactly is being coached. Dangerous charging and head contacts are not inevitable.

We have largely seen an end to tackles in the air, and players are now trying to lower the height of the tackle. It took a hell of a lot of red cards to achieve, and here we go again with dangerous use of shoulders and forearms.

Coaches are not in the dark here, they are as fully informed as the referees which actions must be sanctioned severely, and still it continues. Incredible.

The weekend saw five red cards in the English Premiership, all correct. However, by simply choosing a different option, the dismissed players would have stayed on the pitch.

There needs to be full adherence to the ruck law, which requires an arriving player to bind onto a player who is already in the ruck; needn’t be onto a team-mate, but it must be a full bind; and stay on their feet.

That would get an important reduction in the velocity of the ‘clearing out’ action, but we will be told it is necessary to produce fast ball.

That presumes coaches do not have the wit and wisdom to overcome any perceived issues, and make changes which would get faster ball more often. And plan more offloading.

It might even have the effect of reducing a favoured tactic of charging mindlessly into contact, without any apparent idea of what to do next. Apart, of course, from blowing away the opposition ‘poacher.’

There are other positive suggestions, amongst others - outlaw double tackles, outlaw players latching onto each other before contact, and take a serious look at why judo actions, such as the quaintly named ‘croc-roll’ and ‘tin-opener,’ are allowed.

It’s positive to hear Eddie Jones and others now talking about reducing the number of replacements. Jones actually, and accurately, refers to them as “finishers,’ and we need rid of them. Eight are allowed, often split into six forwards and two backs. Huge finishers who crash and thunder into smaller men who are fatiguing. That speaks to itself.

How about only four replacements, which must be two backs and two forwards. In addition, teams would have full frontrow cover on the bench, but only to be used in case of injury. Feigning injury could be addressed, and it might see serious de-bulking of some of these powerhouses.

World Rugby must grasp the whole of this particular nettle, and there’s little time to lose.

The much needed change must come from the top down, painful as some will find it, not from the bottom up.