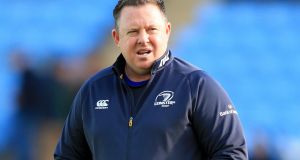 Leicester have announced the Welford Road return of Australian Matt O’Connor as their head coach.

O’Connor is set to begin work early next month, subject to a visa, with current head coach Aaron Mauger leaving the Tigers after next Saturday’s Aviva Premiership clash against east midlands rivals Northampton.

O’Connor (46) worked at Leicester between 2008 and 2013, initially as backs coach and then head coach. During that period, the Tigers won three Premiership titles.

Clarke will move to the Ospreys this summer from rivals Ulster. He replaces Chris Gibbes in the role, with Gibbes returning home to New Zealand as the new head coach of Wellington Lions.