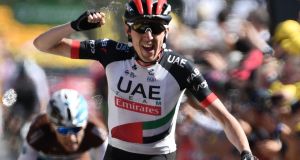 It’s been described in the past by Sean Kelly as the 110 per cent race, but when this year’s Tour de France gets under way in Brussels today (Saturday) , the hyperbole will be ramped up even more.

The Tour remains by far the biggest event on the cycling calendar, the one all the big names desperately want to excel in, but this time around there is an additional twist of cruelty in the annual sadism drawn up by the race organisers.

When the route was announced in Paris last October, race director Christian Prudhomme declared it “the highest Tour in history”. His claim refers to the fact that the race will, for the first time ever, include three mountaintop finishes above 2000m. In addition to those summits, namely the Col du Tourmalet, Tignes, and Val Thorens on stages 14, 19 and 20 respectively, the race will scale three other climbs over this threshold in the course of stages 18 and 19.

Given that the body struggles considerably at high altitudes, the effect on the tiring riders will be significant.

Frenchman Romain Bardet has finished second and third overall in the past, and he is nervous about what is in store. “It’s the hardest third week ever in the Tour de France, ” he said in recent days.

Ireland’s Dan Martin expanded on this. “The last week looks brutal this year,” he told The Irish Times this week. “I think I can honestly say that it is the hardest Tour de France that I have taken part in. It’s potentially the hardest Tour there has been for a very long time.”

The race starts with four flat to rolling stages. Day two is a team time-trial which will open the first big-time gaps; the other three look destined for bunch sprints.

Stage five is lumpy, stage six is the first of the mountain legs, and then the following five days are either flat or undulating.

The second half of the race is decidedly harder, though: after the first Pyrenean mountain stage on day 12 the riders will have a 27km individual time trial, then hit the first of those plus-2000m summit finishes on July 20th.

The likely upending of the general classification will continue with another summit finish 24 hours later: the next two stages are more humane, but then the riders will buckle under the pressure of the Alps over the next three days.

He’s been strong in the mountains and consistently aggressive, animating the race when other riders have played things more conservatively. Yet aside from his stage wins he’s been slightly behind the performances of those who end up on the podium.

This time around he has modified his approach to try to close the gap.

“I have changed coach in the off-season. After seeing the Tour de France route last autumn, it is the first year I have ever based my season around the Tour. I have dropped a little bit of the explosive training, the gym training and stuff like that that I have always done, changing this around with the Tour de France in mind.”

Reunited with Spanish sports scientist Iñigo San Millán, with whom he worked years ago as part of the Garmin team, Martin and the team decided that any results achieved before the Tour would be seen as a bonus rather than being goals in themselves. Notwithstanding that, he has ridden consistently all season; he takes encouragement from that consistency, but hopes that the change to his approach will see him build strength as the Tour progresses.

“Hopefully that will happen,” he says. “We’ll have to see. Right now I am feeling incredibly relaxed going into the race, and that is the most important thing.

“As often happens at the Tour, the first goal is getting into the first rest day in one piece and healthy, and having not lost too much time. Then the race will really be decided in the last 10 days.”

Martin’s first cousin Nicolas Roche is lining out with a similar focus on the second half of the race. He moved to the Team Sunweb squad over the winter, and was due to ride the event in support of Tom Dumoulin. He has previous experience backing Grand Tour winners like Alberto Contador and Chris Froome, and was signed to help Dumoulin win the Tour.

However, that plan was thrown into disarray when the Dutchman crashed in the Giro d’Italia and suffered a knee injury which ruled him out of the Tour. Team Sunweb is now taking a different approach with its riders, meaning that Roche will have the chance to aim for a big personal result.

“I hope a stage win could be possible,” he told The Irish Times on Wednesday. “After Tom was ruled out, the team said that they had no interest in any other riders fighting for the general classification. We all have to focus on stages. One of the things I have missed more than anything else in my career is a win at the Tour de France, and so I would really love a stage victory.”

Roche had an encouraging showing in last month’s Tour de Suisse, riding well in the mountains and finishing tenth overall. He trained at altitude in Livigno, Italy, after that, continuing to build form, and hopes to be in his best possible shape during the Tour. At 35 years of age, he knows that time is running out to take the biggest victory of his career.

“In some ways I would have liked to put my hand up and ride for the general classification. I could probably aim for top 10 overall this year. When the team said that we can only go for stages, part of me was a bit disappointed.

“Yet at the end of the day I have only won two Grand Tour stages [at the Vuelta a España]. For years I dreamed about being able to go for a stage win. Now I might finally be able to get it.”

Martin has already achieved that particular goal. He’s also won the Liège-Bastogne-Liège and Il Lombardia Classics. For him finishing in the top three overall is what really would make a difference to his career.

Last year his wife Jess had twin girls and becoming a father has affected his mindset. He sees sport as part of a bigger picture, realising it isn’t the only thing in life, and points out that his children have given him perspective.

“You go home and they will still smile at you. They don’t care what happened in the race.”

But, paradoxically, he believes that helps him to be fully focussed when he is racing. “Becoming a father makes you feel that when you are away from home, that when you are making this sacrifice, that you need to make it worthwhile being away.”

So what does he want from the Tour?

“I have always said that I don’t really set objectives going into this race as there is so much unknown. But my objective is to have a clean run at the race. I have never got to Paris without having quite a serious crash or illness. That is one of the biggest challenges in this race. I am not going to say it is bad luck, it is all part of the Tour.

“So my focus at the moment is to keep my nose clean, to stay out of trouble. I think if I have a clean run to Paris the podium is a definite possibility.”