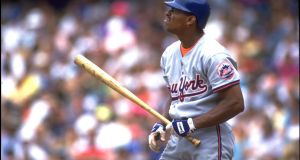 Last Monday morning, the New York Mets deposited the princely sum of $1,193,248.20 in the bank account of a 56-year-old who last donned the blue, orange and white shirt two decades ago. They have done this every July 1st since 2011 and will continue to do so until 2035. A bizarre transaction, it causes many baseball people to label that date in the calendar “Bobby Bonilla Day”. Some say it jokingly, others to deride the Mets because this is exactly the kind of misguided contractual arrangement that has characterised a woebegone club for much of its existence.

Only the misbegotten Mets would end up having to fork over an annual seven figure cheque to arguably the most detested player in their history, fully 20 years after he last swung a bat for them. The reasons why are complex, incorporating a desperation to offload a locker-room malcontent, the strictures of Major League Baseball’s salary cap, and, the fact the club owners were up to their oxters in the Bernie Madoff Ponzi scheme. That Dennis Gilbert, Bonilla’s agent at the time, had a background in insurance and a keen eye for the benefits of annuity payments, also played a part in creating the most arcane contract in sporting history.

It’s unfortunate Bonilla’s footnote in the game is his role in an accounting boondoggle because there was much to admire about his early career. A Bronx native, undrafted out of high school, he spent a semester at a local college studying computers before ending up in the Pittsburgh Pirates’ organisation. From that unpromising beginning, he blossomed into an All-Star right-fielder alongside the notorious Barry Bonds, and his form eventually led the Mets to make him the highest-paid player in baseball, inking him to a five-year deal worth $29m at the end of 1991.

If the convenient tabloid narrative was local kid returns to lead team to glory, the reality proved very different. Loaded with talent and expectation, the 1992 Mets lost 90 games in a campaign so spectacularly dysfunctional it was immortalised in a classic book “The worst team money could buy”, and one of the co-authors, Bob Klapisch, was threatened with physical violence by Bonilla. They plunged new depths the following season and the Mets eventually traded their most expensive piece to the Baltimore Orioles with 18 months left on his epic contract. Having rediscovered his form there, he won a World Series with the Florida Marlins, and ended up back with the Mets for 1999.

Brought in as a veteran presence in a squad destined to contend, he played in less than a third of their matches, hit a paltry four home runs, and managed a positively embarrassing batting average of .160 (meaning he put bat on ball about once every six at-bats). Worse again, he quarreled incessantly with the coach Bobby Valentine and his status as arch villain was cemented during Game Six of the National League Championship Series. As the Mets tried in vain to rally against the Atlanta Braves, Bonilla was in the clubhouse playing cards rather than in the dug-out cheering on his team-mates.

That toxic level of disinterest meant the club had no choice but to offload him before the 2000 campaign began, even though he had $5.9m remaining on his contract. They offered to defer payment with an agreed annual interest rate of eight per cent, and instalments starting in 2011 when the sum owed would be just under $30m.

“It was questioned from the inception because people wondered whether getting eight per cent interest was a good deal,” said Denis Gilbert. “At the time, we were having double digit inflation and people were thinking, ‘Geez, could he have made more money investing in other things?’ Bobby needed to understand how it worked, too, and Bobby is a very conservative guy. He wanted to make sure he had money for the future. He was concerned about taking care of his family. But when you look at it now, 8 per cent is not a very conservative number, especially guaranteed.”

Sounds like a ludicrously generous deal until it emerged that Fred Wilpon, owner of the Mets, was then earning between 12 and 15 per cent a year on his investments with his good pal Madoff. By one account, he had 500 separate accounts with the man running a $17bn Ponzi scheme so the money that should have went to Bonilla was instead delivered to Madoff to work his dark magic. That made financial sense and would have ensured a handy profit, at least until that house of cards came crumbling down in 2008.

Madoff’s exposure caused Wilpon himself to be the subject of a lawsuit because the two men were so close it was alleged he had to have known the scale of the fraud his friend was perpetrating. The Mets’ owners are currently paying back $61m to a trustee representing the victims of that swindle so paying a million bucks to a player in his dotage appears small beer. Yet, it’s the optics that annoy fans and provide endless fodder for critics. In a home stand against the Atlanta Braves last weekend, Jeff McNeill was the Mets’ starting right-fielder. A true gamer and one of the most beloved of the current crop, the 27-year-old earns $568,000 per annum. Just less than half what landed in Bonilla’s account on Monday morning. Strange game indeed.