Shane Ross needs to be put back in his box 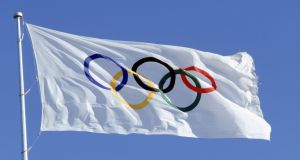 The Olympics in Ireland is a simply ridiculous idea and Shane Ross needs to step into the real world. Photo: Getty Images

Some people might say it is no pity whatsoever that Pat Hickey is no longer around as president of the Olympic Council Ireland (OCI) – with the possible exception of days like Wednesday.

Because the suggestion from the Minister for Sport Shane Ross that “the sky’s the limit” for Irish sport’s hosting ambitions, including that of the Olympics, would surely have drawn a suitable remark from Hickey, if only to put the Minister back in his box.

It was Hickey, after all, who famously responded by saying “we couldn’t even build the jacks” when it came to hosting the Olympics, after a similar suggestion was put forward back in 1992 by Gay Mitchell, then Lord Mayor of Dublin. Not a whole lot has changed since then.

Indeed, some people may need reminding that Dublin once did, in all seriousness, consider bidding for the Olympics before, mapping out a site in the docklands and planning a transformation of existing sporting facilities.

Mitchell established several working groups to help decide whether a bid was feasible or not: Price Waterhouse (as it was then known) declared it cost-effective and Mitchell’s conclusion – which he still stands over – was that Dublin could indeed make a credible bid.

Speaking to an Oireachtas committee on Wednesday afternoon, Ross suggested the possibility of hosting the Olympics if Ireland’s bid to host the 2023 Rugby World Cup is successful: “We’re now thinking in these terms and it’s very, very exciting. Let’s think about the Olympics. I remember Gay Mitchell suggesting [IT]some years ago, and he was laughed to scorn, now it’s a real, realistic prospect. If we build up these stadiums and we are a credible bidder, which we obviously are if we win this bid, I think the sky’s the limit.”

It’s not just that for all our improvements in sporting infrastructure – including the National Indoor Arena at Abbotstown, delivered some 30 years after it was first promised – the country still has some considerable shortcomings in sporting facilities: the largest university in the country, UCD, can’t even provide a running track, having dug that facility four years ago, and since turned it into a car park. Still no velodrome either.

More pertinently, perhaps, the Olympic brand is considered by many to be toxic. Earlier this week, the International Olympic Committee (IOC) voted in favour of awarding hosting rights for the 2024 and 2028 summer Olympics at the same session in September, pending agreements with Paris and Los Angeles.

The two cities were the only ones left in the race to stage the 2024 Games after Rome, Budapest, Hamburg and Boston all withdrew their candidacies at various points over the last two years.

That could mean either that one city will accept the 2028 Games before the session in September or that each would be willing to accept 2028 if it is not awarded the 2024 Olympics. What is certain is that the old five-ringed emblem has clearly lost much of its shine, and instead of cities dreaming of bidding for the Olympics it now feels like more of a nightmare.

The people of Hamburg certainly felt that way. Despite an estimated approval rate of around 60 per cent, Germany’s second largest city voted a resounding “nein” when putting their 2024 bid to a public referendum in 2015.

A statement from the No Boston campaign in the aftermath of the Hamburg vote certainly saw it that way: “Citizens across the globe are saying loudly and clearly that they have more important priorities than throwing a three-week party for the undemocratic, unaccountable IOC.”

Meanwhile, other potential bidders for 2024, including Toronto, also cited a fear of public rejection for not entering the race. Indeed in the aftermath of the Hamburg vote, David Luckes, the man behind the original London 2012 Feasibility study, admitted those Games would never have happened had the UK carried out a referendum on the matter, because the “no” vote would definitely have won.

The IOC also found themselves with just two candidates for the 2022 Winter Olympics, after all six European bids dropped out. Three cities - Krakow, Munich, and St Moritz/Davos - rejected their bids by public referendum; Stockholm and Oslo dropped out through a combination of public and political apathy; Lviv and Ukraine dropped out because of war.

The ghastly €37 billion price tag of Sochi 2014 Winter Olympics didn’t help either, and in the end, the IOC was left to choose between Beijing and Almaty, Kazakhstan. Beijing won, even though the nearest ski resort is a two-hour drive away.

Indeed, given it’s a smaller operation than the summer Games, Dublin might actually have a better chance if bidding for the Winter Olympics. The National Ski Centre is after all just a short distance away in south county Dublin, as Ross would know.