Rio scandal has cost the OCI €1.5 million - and counting

‘The past year has been extremely damaging, financially, as well as reputationally’ 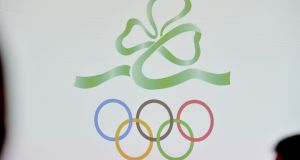 The OCI has paid out €1.04 million in legal fees alone.

The Rio Olympics ticketing controversy has already consumed €1.5 million of the Olympic Council of Ireland’s (OCI) cash reserves, leaving them with a deficit of €826,000 for 2016 - and their final legal costs are far from finished yet.

Speaking ahead of this evening’s AGM at the National Sport Campus, recently elected OCI president Sarah Keane described the past year as “chaotic, dramatic, traumatic, and extremely costly” - and she didn’t need to emphasis the costs.

That figure of €1.5 million includes €1.04 million in legal fees alone, all related to the ticket-touting controversy sparked by former OCI president Pat Hickey’s arrest during the Rio Games. Hickey, while currently back in Ireland on bail, is still awaiting a court date in Rio to face those charges of ticket-touting, in what is termed ambush marketing, theft, tax evasion, money-laundering and criminal association.

The controversy has also cost the OCI another €214,000 to pay for the yet completed Grant Thornton Report, which looked at their own ticketing arrangements; they’ve also paid out €84,000 in public relations fees, €70,000 in data protection, consultancy, IT, €31,000 in accommodation, travel and subsistence, and €18,000 on the Deloitte Report, which examined the OCI’s governance in light of the Rio controversy.

“It is a significant amount of money, and nobody is happy it’s gone the way it has,” said Keane, addressing all aspects of the costs as legally permitted. “But it was a criminal matter, and it was significant for everyone involved, board members stuck out in Rio with no passport. And they are entitled to get advice and support around that.

“Once that support was needed, it needed to be paid for, with the right professional advice. And there have been a lot of individuals who have suffered personally and deeply as a result of what happened in the last year.

“So the past year has been extremely damaging, financially, as well as reputationally. The legal costs alone are over €1 million, and the final figure will not be known until after all the legal proceedings in Rio are brought to a conclusion.”

That figure included 10-15 different sets of lawyers, legal representation to all OCI staff, including those requiring legal representation in Rio, and former OCI president Hickey, who under the existing articles of the OCI is entitled to have his legal fees covered in such instances, given the presumption of innocence.

That Rio Olympic ticketing controversy has cost €1.5m to @olympiccouncil already.. and not done yet @IrishTimesSport pic.twitter.com/3UsDu23jcT

“It is quite complex, it is a lot of money, and it’s not done. But people are entitled to be represented. This is very serious, obviously, with criminal charges against a certain individual, and very difficult and traumatic for others. It is what it is, and there’s going to be more.

“But the organisation still has reserves, is still in a position to operate. We do have challenges, in terms of sponsorship, and Government support. Having said that, the sooner we can move on, the better, and we can start putting that money into the athletes, the coaches, the movement, the federations. We landed where we were, had to deal with, and if the organisation is fundamentally changed for the better, and everybody over time feels that it is, then I would hope it’s not completely wasted money.”

Keane also confirmed that Sport Ireland have yet to release their OCI funding for 2017, but that that International Olympic Committe (IOC) have confirmed funding up to Tokyo 2020, and remain their primary source of income.

“The IOC put in more money than anyone else (some €933,000 last year), even though we are very grateful for any taxpayers money. That was a concern, pre-election, would the new board be able to maintain those relations (with the IOC).

“We met with Thomas Bach, IOC president, in Lausanne, for two days last week, and they are very conscious of the challenges we face, are very supportive of our reform agenda, have already approved the changes we’re putting before the AGM this evening. The IOC itself has term limits in place, so we’re not anticipating any challenges in that regard.

“They are also fully committed, and have told us what are funding is, for the cycle to Tokyo, which is extremely helpful, so we can plan on the basis of what financial support we do have. “

Asked if there was any indication of if or when Hickey’s case might be concluded, Keane replied: “The legal system in Rio has lots of delays, there are lots of questions about how well it is functioning, so from that perspective we have no knowledge or information or expectation over when the case will be done. That is obviously very difficult for our former president, and his family. But it does mean from our perspective there won’t be any conclusion for sure, in terms of finances, until after that.”

On the issue of Sport Ireland funding for 2017, she said: “We are developing relationships, and they have committed to giving us funding related to Games expenditure last year. And we understand we will get funding this year. It won’t be the same level, and we don’t need the same level, but they are going to fund us for 2017. I think they feel we are addressing things as best we could. And feel they will honour that commitment.”

Keane also confirmed the current OCI board has fully cooperated with the Moran Report, the non-statutory State inquiry being conducted by former High Court judge Mr Justice Carroll Moran, and would welcome the publication of that.

As things stand The Hospitality Group (THG), who were caught up in the ticketing controversy in Rio last year, remain the official reseller of the OCI.

“Ticketing was totally unsatisfactory last year,” said Keane. “And I certainly know a lot more than I did previously. We do have contractual arrangements with our authorised ticket reseller, which we’re reviewing at the moment. It is relatively complex, and also we don’t have the final say. Any authorised ticket reseller has to be approved by the local organising committee of the relevant Games. So that will all play out over the next year or so, but those decisions have not been made by the board yet. Those contracts don’t necessarily end after the Games.”

For now, however, THG will be the reseller for next year’s Winter Games, unless that contract is cancelled.