Revised Formula One calendar for 2021 confirmed 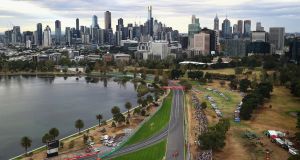 The 2021 Melbourne grand prix has been rescheduled for November. Photograph: Clive Mason/Getty

Formula One has confirmed a revised calendar for the start of the 2021 season after the postponement of the Australian and Chinese grands prix.

Both meetings have been deemed untenable because of the pandemic, but Portimão and Imola have been drafted in to bolster the opening of the season, which will now begin in Bahrain. F1 will be imposing the same strict protocols to protect against coronavirus that enabled the sport to complete 17 races last year.

Australia was due to open the season in Melbourne on March 21st with China on April 11th. Australia’s 14-day quarantine rules have prevented the meeting from being feasible for teams, however, but promoters have rescheduled it in November. Similarly, China has enforced a 14-day quarantine for international arrivals and requested a postponement of their meeting with the intent to go ahead at a later date if the pandemic is brought under control.

The Victorian major events minister, Martin Pakula, said on Tuesday that the postponement was a sensible decision. It would allow more Victorians, as well as potentially interstate and overseas fans, to enjoy the spectacle of a late-season race two weeks after the running of the Melbourne Cup. “This is the right decision and we thank Formula 1 management for their co-operation in setting a new schedule for the 2021 season,” said Pakula. “The Formula 1 Australian Grand Prix is one of the great events in the world and we’ll make sure it can be run safely and successfully in November.”

F1’s plan was to hold 23 races this year and Bahrain will now host the first on March 28th. In order for the season to continue without a major break, Imola, which returned to the calendar in 2020 after a 14-year absence, has been added to replace China on April 18th. The Portuguese GP in Portimão, which held its first F1 race last season very successfully, is expected to be held on the May 2nd – the slot left open after the Vietnamese GP was ruled out for 2021 by the promoters. The meeting in Portugal is still awaiting official confirmation.

As things stand the season would then continue as previously planned with the Spanish GP on May 9th. F1 had hoped to be able to allow fans back to meetings this year but given the circumstances that appears to be highly unlikely in the opening months.

Rescheduling China will not be simple. On the current calendar between the first race after the summer break – Spa on August 29th – and the season finale at Abu Dhabi on December 5th there are only four open weekends. The sport will not host more than the 23 races planned so finding a slot for China will be dependent on other race dropping out.

The testing regime of all F1 and team personnel and strict biosecure bubbles across the paddock will be implementedto ensure races can go ahead. The availability of vaccines is not expected to have any impact on the sport in the short term, because of their priority allocation to specific groups. Sporting bodies have no access to them because they are not available for private purchase.

Last week the IOC stated it hoped athletes may be given a vaccine in order to ensure the 2021 Olympic Games in Tokyo could take place. However, the Department for Digital, Culture, Media and Sport has reiterated the government’s commitment to the top four priority groups and the most vulnerable members of the public. They are not in any talks with sporting governing bodies over elite athletes being vaccinated in advance. - Guardian