Pay-for-Play: Is sport on TV in danger of eating itself?

Sky’s new deal with BT Sport will give access to vast range of sport, but at what cost? 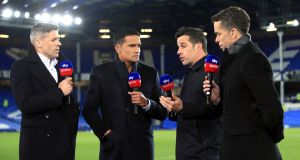 Sky’s recent announcement that they will be launching their new Sports Extra package on August 1st clarified just how much sport viewers will now be able to get through a single subscription. But one key detail has still to be announced - the price.

Since 2016, Eir had been the official distributors of the BT Sport pack in Ireland, with Eir broadband customers receiving the package for free as part of their plan. However, after Sky stepped in and made a more lucrative offer they took over the distribution of BT Sport and, with it, monopolised the vast majority of sport on subscription television in Ireland.

Now, with one subscription to Sky viewers will be able to watch all 233 televised Premier League matches, every Champions League and Europa League match, Serie A, Eredivisie, Scottish Premier League and more - and that’s just for those who like their football. For the rugby fans there’s every Heineken Champions Cup and Challenge Cup match as well as Pro14. Like watching the golf? Well you can see every men’s Major, every women’s Major, the Ryder Cup and every single European Tour and PGA Tour event through the same subscription, not to mention the 14 exclusive GAA fixtures from this summer’s championship, as much cricket as you can shake a stick at, racing and more.

Eir will still show 48 games at this year’s Rugby World Cup, all 152 games from the Pro14, Allianz League football and hurling and the Airtricity League. Meanwhile, Virgin Media will still show every Champions League match (with a Tuesday night match free-to-air) as well as nine Champions Cup matches on their terrestrial channel.

It’s a whole lot of sport and, with the majority now available through Sky, the dilemma of where to watch and what to subscribe to has become significantly clearer. But still, that key question remains: how much it will cost?

To offer a speculatory figure: if you were to sign up to Sky TV as a new customer today and purchase the Sky Sports pack you would pay €44-a-month for the first six months, rising to €77 thereafter. Previously, when Eir distributed the BT Sport pack, it would cost €29.99 a month if you were not an Eir customer. That means that, for what Sky’s new Sports Extra pack will consist of, you would previously have paid €106.99 per month or €1,283.88 per year. While Sky may charge more or less than this (the broadcaster says they will clarify details in the coming weeks) it would be fair to assume that the cost will be in and around that ballpark.

With all of that taken into account, the question becomes just how much are customers prepared to pay?

Despite the sheer amount of sport that is now behind a paywall the fact remains that, in comparison to sport on terrestrial television, not that many people tune in. During the last Premier League season Sky Sports’ UK audience grew by 12 per cent and the broadcaster managed to pull in audiences of over two million viewers on 16 occasions, more than they had managed in the previous two seasons combined.

However, compare those figures for one of the most closely fought Premier League title races in years with, for instance, the Women’s World Cup semi-final between England and the USA on BBC and the difference is stark. Over 11 million people watched Phil Neville’s side lose 2-1 in France last week in what was the most viewed television programme on UK television so far this year. In Ireland, RTÉ’s coverage peaked at 316,700 for a women’s match which involved two foreign teams.

Indeed, last season, significantly more people in the UK watched Newport County knock Leicester City out of the FA Cup on BBC than watched Tottenham’s second half comeback against Ajax in the Champions League semi-final or Liverpool’s 4-0 win over Barcelona the previous night.

While TV rights deals with subscription broadcasters are hugely lucrative for both governing bodies and teams – the Premier League’s most recent domestic deal brought in a total of £4.55 billion (€5.1billion) – figures within the industry believe the tide may be turning somewhat in favour of more exposure with the subscription TV model as we know it coming to an end.

No subscription television channel can match the reach of terrestrial and for some sports that reach is becoming more and more important. For instance, in 2016 – the first year of Sky broadcasting the British Open – the peak viewership figure for Sunday’s final round duel between Henrik Stenson and Phil Mickelson was just 1.1 million. Twelve months earlier 4.7 million tuned into the BBC to watch Zach Johnson lift the Claret Jug at St Andrews despite the fact that the final round took place on a Monday.

With the Cricket World Cup failing to attract audiences of more than around 500,000 on Sky Sports these last few weeks, the broadcaster is reportedly in talks with Channel 4 about broadcasting the final free-to-air if England get there. The English Cricket Board has faced heavy criticism over the years for selling TV rights to subscription broadcasters shortly after the 2005 Ashes had reached a peak at 8.4 million on Channel 4.

“I think there’s an understanding and a realisation that the model of pay-only is not going to work because it will work in the short-term with regard to revenue and it will cost in the long-term with regard to exposure,” says RTÉ head of sport Declan McBennett.

“So I think there’s probably a balance to be struck between free-to-air and pay and it’s how cleverly organisations work that balance between free-to-air and the pay model. But I think there is a realisation, if not an acceptance, but I think we’re on the way to an acceptance that the balance with regard to pay-TV is gone too far in that direction. I think the Women’s World Cup and the GAA Championship and things like that only reinforce that.

“Each sporting organisation is entitled to extract as much revenue as they can from their broadcast deals but the question they have to ask themselves is: is that at the expense of exposure and is that stopping the generation of tomorrow from accessing the heroes of today? How many kids get to see Messi and Ronaldo and Salah and so on if the games are behind a paywall?”

The mind-boggling money that sloshes around the Premier League can be hard to get a handle of as the rise in transfer fees and wages shows no signs of slowing down. Since the Premier League came into being in 1992 it has been the exclusive enclave of subscription TV in the UK (between 2004 and 2007 RTÉ did show some live Premier League games in Ireland) and it’s that pool of TV money which is the main driver in clubs now regularly breaking their record transfer fees.

But just how sustainable is it and will the bubble ever burst?

Some signs do indicate that a slight shift with the latest Premier League domestic TV rights deal dropping from £5.1 billion (€5.7 billion) to £4.55 billion (€5.1 billion) while, from 2021, the FA Cup will return exclusively to terrestrial television after BT Sport ceded their rights to ITV with BBC holding the other share.

John Nicholson is a football writer who has just finished the book Can We Have Our Football Back? He believes that the tide is turning back in favour of terrestrial television as customers stop paying for subscription channels for reasons including the expense, the possibility of watching for free through illegal streams and the simple fact that TV viewing figures are consistently falling among younger generations.

“I’ve spoken to a few Premier League players and one manager and they’ve all said that if you break the TV deal then everything falls apart,” he says. “As soon as you break TV and it goes back into a more sane financial situation where rights don’t cost anything near £5 billion then everything will change.

“We know from the figures that participation of girls in football has increased massively because of the exposure of women’s football on The Women’s Football Show (on BBC) and there’s been a direct link drawn between active participation and just the fact it becomes familiarised and part of everyday life. Given that nobody has ever watched a Premier League game for free in the UK (by legitimate means) and the maximum that has ever watched any of them is 3.4 million, if we have football that’s available to everybody all the time and anyone is telling me that the country wouldn’t be more active, fitter, more communal then I don’t believe them.”